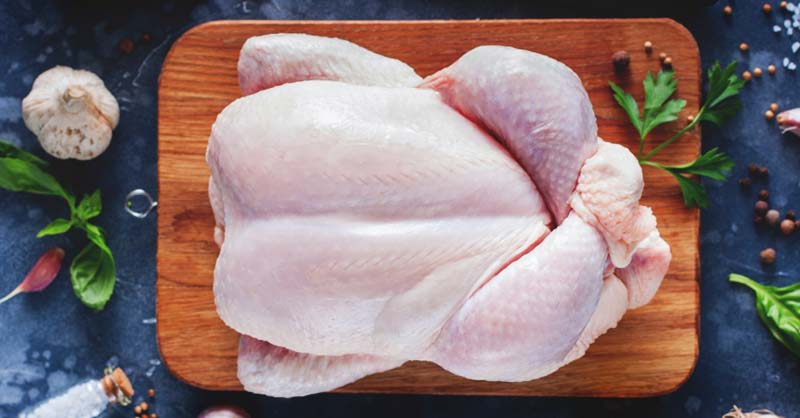 We may earn a commission if you purchase something via one of our links. Commissions have no bearing on our editorial content. See the complete disclosure for more information.

It’s time to send them away, but you dread plucking all of their feathers. I completely understand how you feel.

Some individuals, on the other hand, prefer to preserve the skin. You should consider making your own plucker if you want to keep the skin on your birds. It takes up less time and makes butchering birds easier.

Here are some tips for building your own chicken plucker: 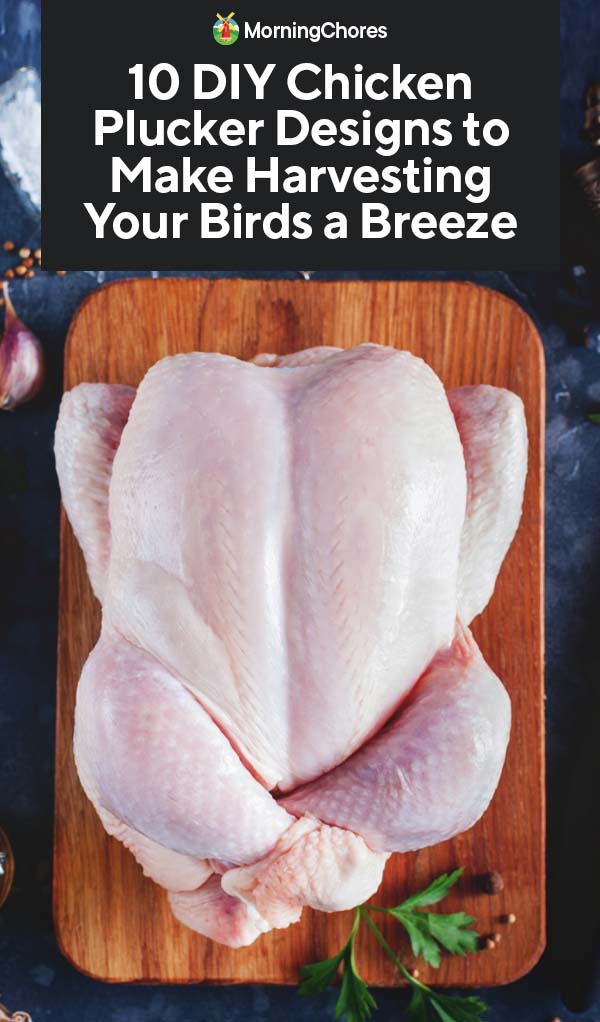 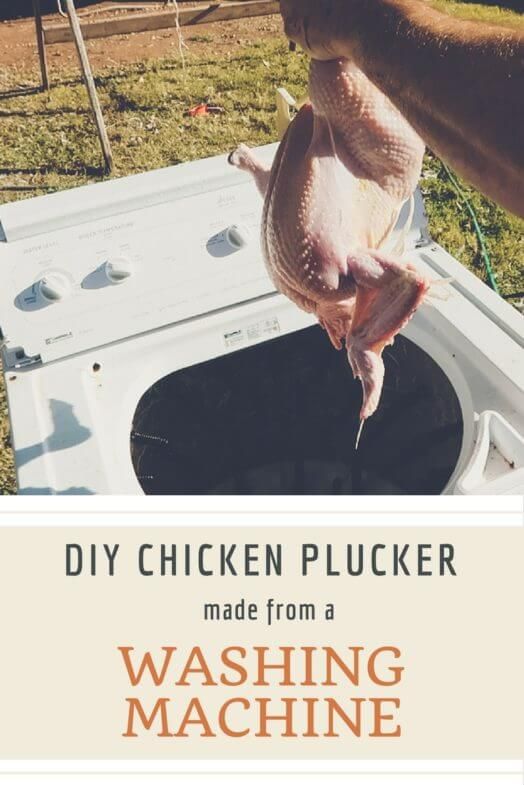 Do you have an old washing machine that needs some TLC? You’ve advertised it all over social media, pleading with someone to come get it, and it’s sitting around cluttering up your space. Yet, it remains there.

Don’t leave it sitting for too long. To convert a washer into a chicken plucking machine, follow this video instruction. When processing your meat birds, it’ll make your day a lot easier. 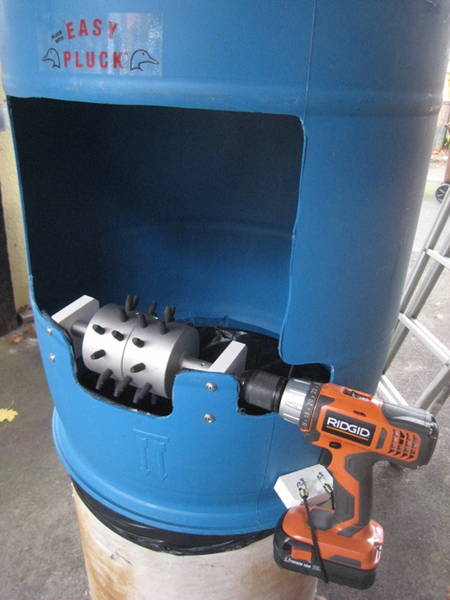 A gadget that attaches to the end of your drill may be had for a price. When the drill is turned on, it has small fingers that will rip off the feathers.

This individual, on the other hand, went all out. While you use the drill to remove all the unwanted feathers, they built a holder out of a barrel for the bird to sit in. 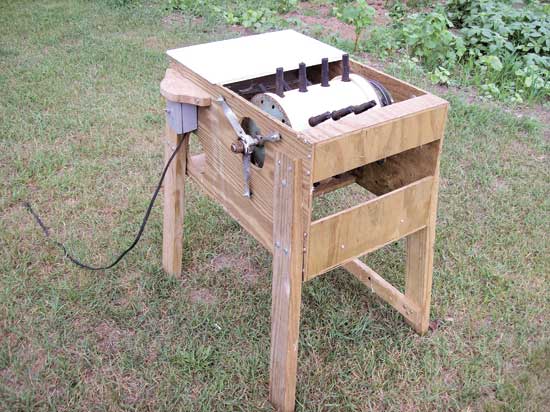 Is there a little meat bird flock in your neighborhood? If you can make your own, does it seem wasteful to spend a lot of money on a commercial plucker?

This homemade chicken plucker was constructed by an individual who felt the same. To create a chicken plucker that gets the job done for his family, he utilized various odds and ends from around his farm, such as plywood and PVC pipe.

They scraped parts from an abandoned swamp cooler that they no longer needed. They used a barrel with a wooden frame surrounding it to hold the parts removed from this ancient piece of equipment.

The chicken is tossed into the motor as it begins to spin, and a water spray is released over it. “That’s one naked chicken!” they proclaim at the end of the video, as the bird emerges.

5. DIY Mother of All Chicken Pluckers

You’ve most likely heard of the Wiz-Bang design if you’ve done any research on chicken pluckers. This individual drew inspiration for their own home build from the design.

They give you a 30-minute movie to demonstrate the steps of constructing a chicken plucker using several parts placed inside a plastic barrel. The Cadillac of chicken pluckers, if you will. 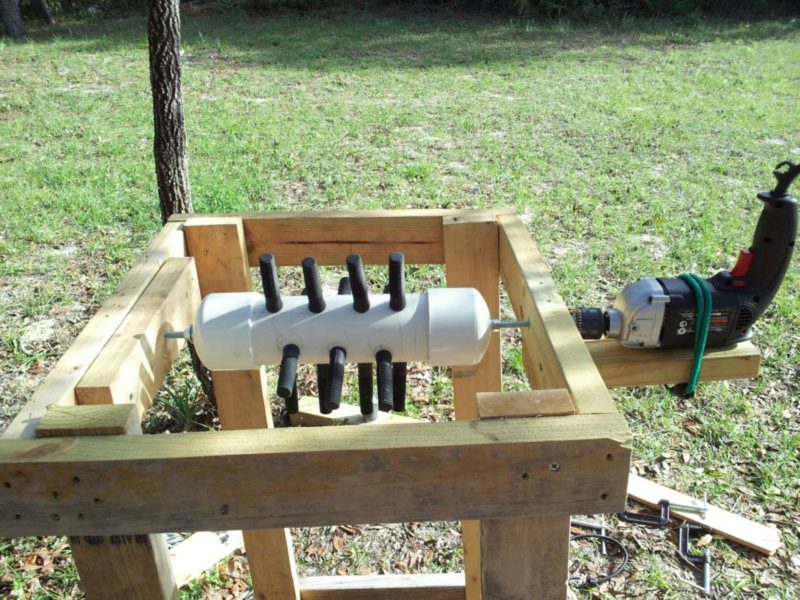 You may construct a smaller plucker to eliminate the handwork of extracting a chicken if you don’t want to create a barrel-style chicken plucker.

Build a wooden stand to hold the mechanism by purchasing the rubber fingers and attaching them to your drill. Operate the drill while placing the chicken on top of the stand. The chicken should be simple to clean. 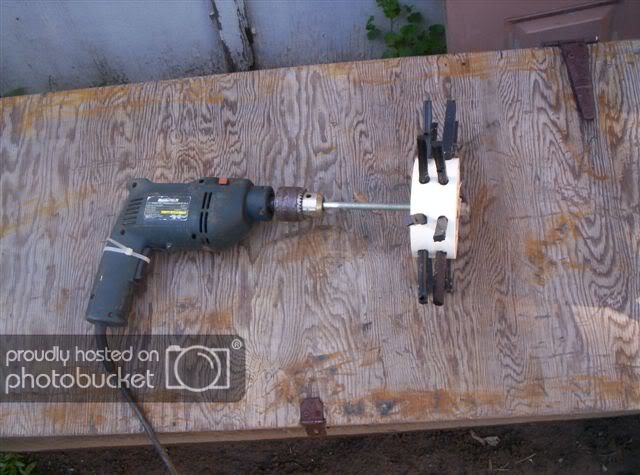 Some of the ideas where you connect rubber fingers to a drill are similar to this chicken plucker concept. The design, however, varies slightly in this one.

To operate the chicken plucker, they don’t build a stand. Instead, a zip tie is used to depress the drill’s lever. This enables you to pluck the chicken while holding it. Using this approach with no stand also costs less money. 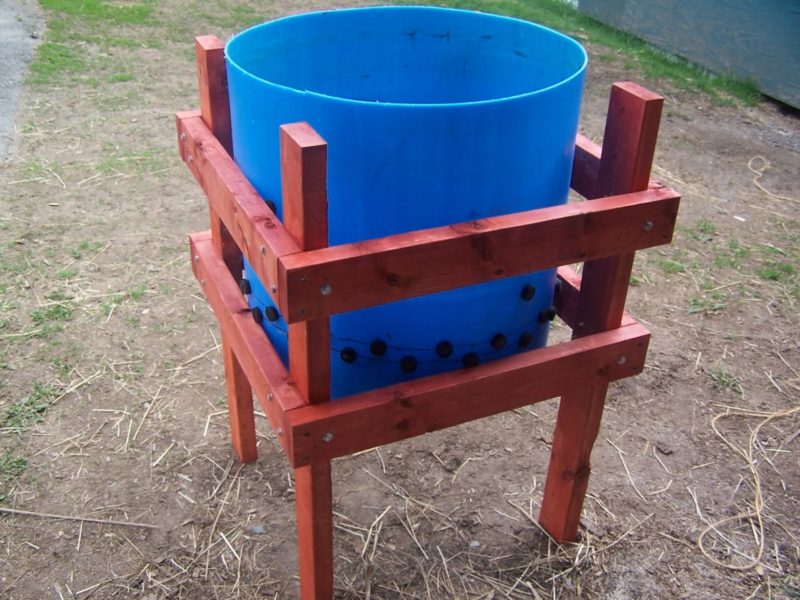 Since they appear to be simple to utilize, I like the barrel pluckers. It takes less than a minute to clean and process the chicken after you toss it in.

What sets this barrel plucker apart from others is that it sits inside a wooden stand that meets you, which makes it easier to build. When you’re pulling the chickens in and out of the plucker, this not only removes the plucking from butchering chickens, but it saves your back. 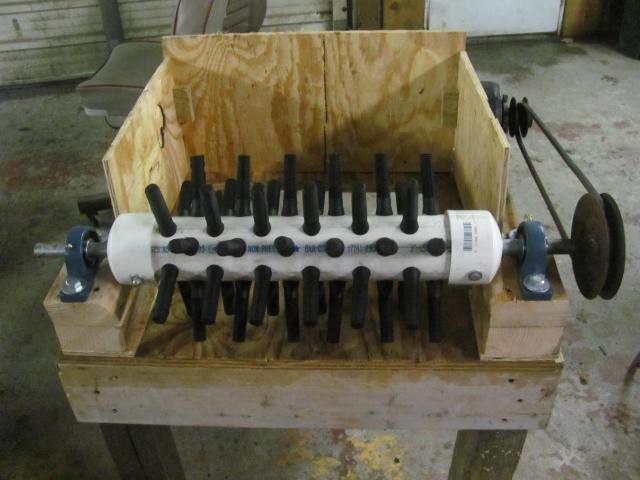 This is a clever concept for a plucker. Such a brilliant idea came from someone who stretched their ancient noggin. They created their own drill attachment by drilling holes in a PVC pipe and connecting rubber fingers rather than purchasing the drill attachment.

The makeshift plucker was rotated by a pulley system created from wood, which they built there. This plucker doesn’t need a drill.

Because it was designed with the same concept in mind, this chicken plucker is comparable to some of the other barrel pluckers.

The fact that they planned where the feathers would go once they were done is what sets this one apart. The feathers can be pushed out of the barrel, down a shoot, and into a designated area with the use of this barrel. This will make the cleanup process much simpler.

You now have ten different homemade chicken plucker designs. Several individuals seem to have begun with the same fundamental concept but customized it to suit their particular requirements.

Use these ideas to inspire your own build, whether you discover your dream DIY chicken plucker or not. Pick out which design you may begin with and add to it whatever you need for your ideal plucking station if you discover something that appeals in a plucking set-up.

Harvesting your meat birds, good luck. It’s time to take pleasure in your efforts and feel proud of your hard work after you’ve put in the effort, your birds have had a good life.