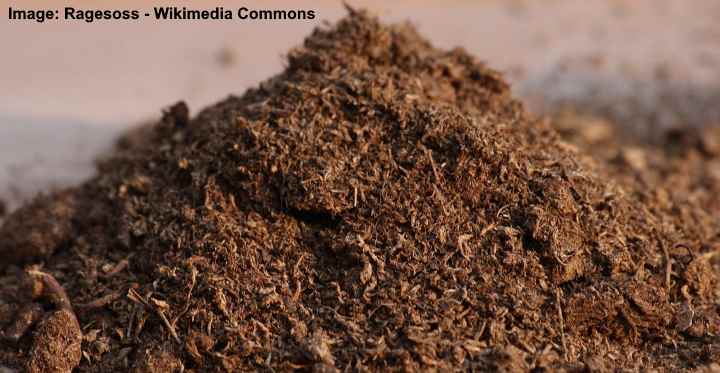 As a garden soil amendment or component, peat moss is a valuable option. Peat moss is used by gardeners to keep ground moisture, aerate the earth, retain nutrients, and prevent it from compacting. Peat moss is utilized to supply seedlings, enhance soil texture, and prepare a variety of potting composts.

What can you do with this brown, stringy stuff in your yard? Why is it a good idea to grow gorgeous plants and delicious veggies by adding peat moss to garden soil? Should amending soil with peat moss have any downsides? Peat moss in garden soil is covered in this article.

What is Peat Moss? 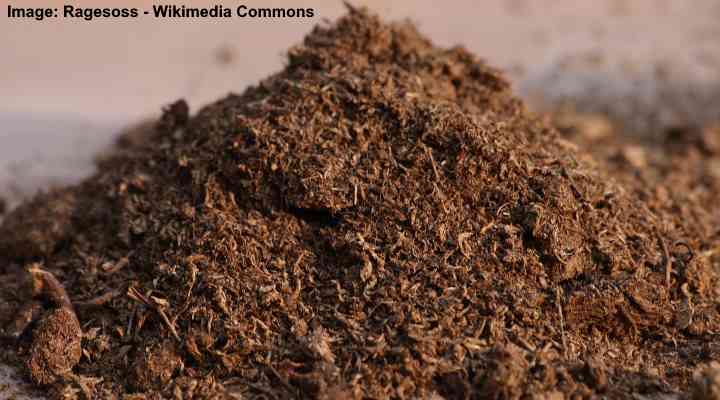 Decomposing plant substance, mainly moss or sphagnum moss, forms in peat bogs and is known as peat moss. In the soil, organic matter degrades over time. It forms peat when it has been fully decomposed. Peat moss is a fibrous, crumbly substance that appears dark brown in color.

What is Peat Moss Made of? 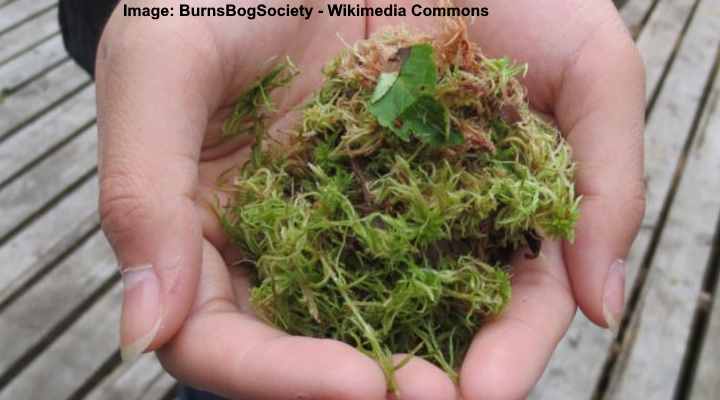 Most peat moss comes from sphagnum moss, which is used in garden soil. The plant, which is often referred to as sphagnum peat moss, disintegrates over thousands of years when submerged in water. The bog is dried out before peat moss is recovered from the earth. Drying the harvested peat, screening it, and compressing it for sale in local garden shops is a continuous process of “making” peat moss. 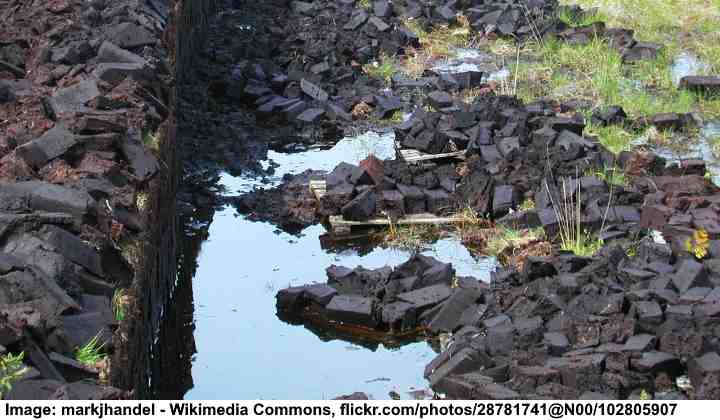 The majority of peat moss utilized as soil amendment comes from Canada. The peat is gathered in a manner that protects the peat bog, despite the fact that many people believe it is a non-renewable resource. According to some studies, peat moss bogs may regenerate into a restored ecosystem in five to twenty years after being harvested.

To improve the texture of garden soil, prevent moisture loss, and lighten clay soils, peat moss is used to amendment it. Peat moss, which is sterile and keeps water and nutrients, is also utilized for seed germination. In order to create potting mixes for a variety of houseplants, peat moss is utilized. Here’s how to use peat moss in more depth.

Peat moss is useful as a soil amendment

Clay soil takes on a lot of compression readily. Roots are difficult to develop and absorb nutrients in hard, packed earth. Water infiltration in compacted clay soil may also be difficult. Soil compaction is avoided by working in peat moss to clay soil, which allows for greater drainability.

Use peat moss for starting seeds

For growing seeds, peat moss can be used on its own or in combination with other materials. Seeds can sprout quickly and become established in peat moss-aerated soil. Combining peat moss, perlite, or vermiculite produces a seed starting mix that you can make yourself. You can alternatively purchase peat moss-based commercial seed starting mix.

The acidity levels in the soil may be increased by using peat moss. You may make the soil more acidic by adding peat moss, which has a pH of 4.4, if the pH level is high. Rhododendrons, hydrangeas, and camellias are among the plants that prefer acidic soil. One application of peat moss will last for several years because it does not break down in the soil. To enjoy the benefits of peat moss without increasing soil acidity, you should add lime to your garden soil to stabilize the pH levels.

Water drains faster when peat moss and perlite are used to enhance potting soil. Peat moss, for example, retains just enough moisture to keep roots hydrated without becoming too soggy or wet. Make sure that peat moss accounts for one-third to two-thirds of the potting mix volume when used as a potting soil additive.

How to Use Peat Moss in the Garden

A important soil amendment is adding peat moss to the garden’s soil. If you want to increase soil water and nutrient retention, enhance soil acidity, and loosen compacted soil, peat moss is the “go-to” ingredient. To enhance garden soil, use peat moss as follows:

To make soil more acidic: Spread a 2″ to 3″ (5 – 7.5 cm) layer of peat moss over the planting area to increase soil acidity. Work the peat moss into the earth up to 1 foot (30 cm) deep with a shovel. Before adding plants, thoroughly wet the soil.

To amend garden soil:  Spread a thick layer of sphagnum peat moss where you want to plant flowers or shrubs to improve the clay or sandy soil texture using peat moss. Sprinkle limestone over the peat moss to prevent the soil pH from dropping. At a depth of 1 foot (30 cm) in peat and limestone, work is done.

Peat moss is used by gardeners to enhance a variety of soils. Because peat moss is light, simple to handle, and widely accessible in most garden centers and online retailers, it is a popular choice for bogs and bogs. Using peat moss in the soil has the following benefits:

The most popular reason peat moss is used in landscaping is because of its water retention capacity. Plant roots can obtain enough moisture to flourish when peat moss is added to sandy or rocky soil. For garden soil and a houseplant potting mix, sphagnum peat releases moisture gradually, which is ideal.

After significant rainfall, peat moss helps to keep nutrients in the soil. Peat moss, despite the fact that it does not hold many nutrients, retains nutrients in the earth due to its water retention abilities. Cation exchange capacity (CEC), an important soil growth factor, is increased as a result of this.

Peat moss has the benefit of not including harmful bacteria or weed seeds, which is why it’s preferred. Since seeds are susceptible to bacteria or weeds in the growing environment, peat moss is ideal for growing plants. Without changing the soil’s nutrient profile and introducing weed seeds, you may also use peat moss to improve garden soil.

Peat moss doesn’t compact or break down in the soil

Peat moss is beneficial in that it prevents soil from becoming compacted. Over time, regular garden soil compacts, especially clay soil. Water and air cannot reach plant roots in this type of deep soil. Compaction issues are solved by working in peat moss and other soil amendments, which boost plant health.

While peat moss is a suitable soil amendment, it has certain drawbacks. Some people believe that some of the drawbacks of peat moss are similar to the benefits. Certain nutrients are missing from peat moss, for example. You will need to add compost or manure to “feed” the soil for healthy plant growth, despite the fact that it is an excellent amendment for amending soil.

Peat moss has a low pH level, which may make it difficult for certain plants to grow due to the soil’s acidity.

Then there’s the expense. Whether you generate your own garden compost or not, peat moss is typically more costly than compost.

Thousands of years separate sphagnum moss and peat moss from their common source. In wetlands and bogs, there are roughly 380 species of sphagnum moss. The bottom of the bogs become littered with dead and decaying sphagnum moss plants. Peat moss develops in natural bogs and wetlands where sphagnum moss grows over many years.

The stringy fiber in coconut husks is called coconut coir. This is a readily available byproduct of the coconut industry. Coconut fiber is used as a soil amendment in numerous ways. Peat moss and coconut coir are compared below.

Sustainability—Coconut coir is thought to be more environmentally friendly than peat moss. Peat moss, on the other hand, can take a long time to become available. The opposite is true: one coconut palm tree might yield up to 75 coconuts each year.

pH levels—The pH range of coconut fiber is 5.2 to 6.8. As a result, adding coconut coir to the soil isn’t enough to make it acidic. Peat moss, on the other hand, is preferable if you need acidic soil.

Water absorption—Water retention abilities in both sphagnum peat moss and coconut coir are outstanding. Peat moss, on the other hand, is more effective at retaining moisture.

Cost—Both products have a similar cost. 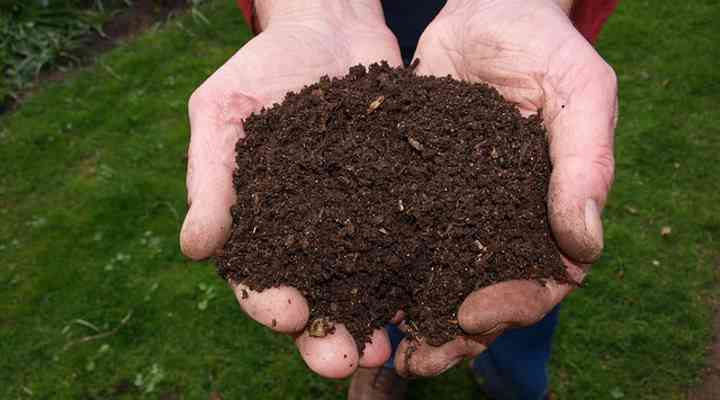 Peat moss isn’t the same as compost. There are significant differences between the ingredients, despite the fact that both contain decayed organic matter. Compost can be made from common waste and is created considerably quicker than peat moss.

Peat moss has little nutritional value, whereas compost contains nutrients. Peat moss is different from compost in that it doesn’t decompose in the soil. Compost may include weed seeds, unlike peat moss. Compost is pH neutral and includes microorganisms, unlike peat moss.

Organic wood chips (left) and inorganic rock (right) are two examples of mulch. Mulch is used to retain moisture in the earth, protect plant roots, and keep weeds at bay by using organic or inorganic material such as wood chips, compost, or stones. Peat moss, on the other hand, absorbs moisture from the earth and is prone to blowing away because of its lightness. 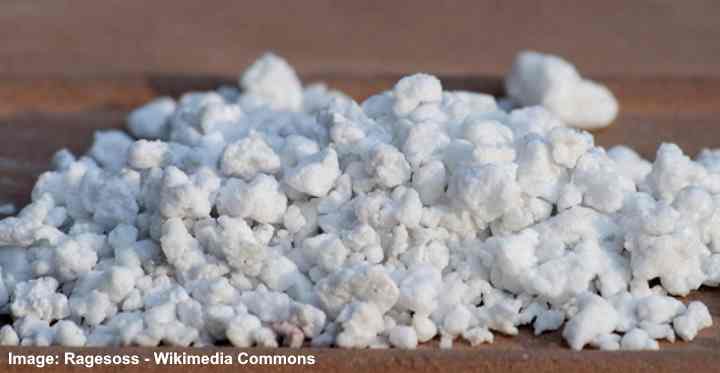 Perlite is a soil improvement that has a neutral pH level and is utilized in conjunction with peat moss as an amendment. In gardens and potting soil, perlite enhances soil drainage. Perlite is highly permeable, and it can hold a little water. When the plant needs moisture, peat moss is used to amend soil, keeping itmoist and releasing it. The type of potting mix you want to produce determines the optimum ratio of peat moss to perlite.

You can mix 1/3 peat moss, bark chips, or compost (organic matter) with 2/3 of sand, perlite, pumice, or other inorganic materials for succulents and cacti that need well-draining soil. You can, however, raise the quantity of peat moss and organic matter in an all-purpose potting soil recipe.

Does Peat Moss Break Down?

Peat moss does not break down in the soil. Therefore, it won’t break down significantly more after all, given the time it’s taken to do so. As a result, adding peat moss to garden soil is often beneficial for many years. This implies that peat moss may be a cost-effective option in the long run, despite its higher cost than other soil amendments.

For many years, peat moss has been a beneficial soil amendment in gardens. Peat moss helps improve soil structure and prevent nutrient runoff when it is mixed in with garden soil. Some people are worried about the environmental implications of peat harvesting, despite the fact that vast peat moss reserves exist. In reality, due to worries about the sustainability of peat moss harvesting, certain countries have prohibited it. Using peat moss is one of the worst options available:

Coconut coir—Coconut fibers are a superb peat moss alternative. Coconut fiber waste products are obtained from the processing of coconuts. Coconut peat is the name given to this sustainable substance because of its resemblance to peat moss.

Compost— To enhance drainage and increase the soil’s nutrient profile, compost is also a good soil amendment. It is simple to make compost at home and it is cost-effective. Compost has the disadvantage of breaking down every year and thus needs to be replenished.

Wood materials—Working in wood chips, composted bark, or sawdust can also help improve drainage and aerate the soil. Wood products, on the other hand, make the soil acidic and may be contaminated with chemicals.

Where to Buy Peat Moss

Garden centers, do-it-yourself stores, and online retailers all sell peat moss. For example, on Amazon, you may buy in bulk peat moss, such as this one, which comes in a variety of colors and sizes.