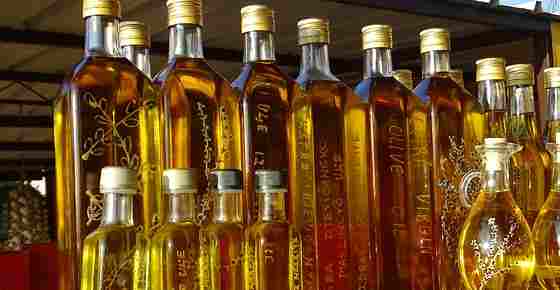 There are various grades of cooking oils that are better for you. Cooking oils with a high smoke point and that don’t break down at high temperatures are the best choices for frying, roasting, or sautéing. They are excellent for pouring over salads and fresh veggies because they have a lower smoke point, are healthier in moderation, and may even aid your well-being.

It may be tough to determine which sort of oil is the greatest when it comes to picking out the ideal sort for your meals. When heated to high temperatures, some cooking oils change their flavor. When used for frying, even healthy oils such as extra virgin olive oil lose their medicinal properties.

Some individuals claim that using different kinds of cooking oil, such as vegetable oils, are healthier substitutes for saturated fat consumption. The finest oils to utilize while cooking are discussed in this article. You’ll also learn about the various features of 14 distinct varieties of cooking oil.

You should take a number of factors into consideration when selecting a good cooking oil. Taste and levels of fatty acids and unsaturated fats are critical when using oils for drizzling or very light frying, for example. It’s important to understand what happens to various oils when they’re heated if you decide to shallow fry or deep fry food.

Good chemicals breakdown when oils become too hot, resulting in dangerous trans fats and carcinogens. As a result, oils with a high smoke point are the best for cooking at high temperatures.

Why are smoke points important when choosing the right type of oil for cooking?

According to scientists, oil loses its stability when it starts to smoke, and chemical transformations occur in the oil. As a result of this, the cooking oil oxidizes and breaks down. 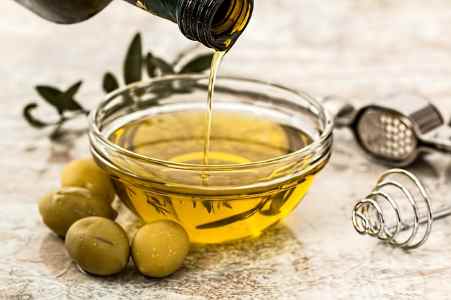 One of the best and healthiest oils for sautéing, making dips, or drizzling over salads is extra virgin olive oil. Extra virgin olive oil has a smoke point of 375°F (191°C). As a result, this oil isn’t suited for high-temperature pan and deep frying.

The best way to utilize olive oil in the kitchen is for light frying. In a delicious, healthy vinaigrette recipe, you may also mix red wine vinegar with extra virgin olive oil. A little olive oil, applied to mozzarella cheese and tomatoes, can provide a lot of flavor to this basic recipe.

Rather than drizzling on salads, use light olive oil for frying or roasting. This olive oil isn’t particularly aromatic and is more versatile than extra virgin when it comes to cooking. Refined olive oil has a smoke point of 470°F (243°C). The color, aroma, and flavor from the oil are removed in light olive oil. Filtered light olive oil preserves the integrity of the product by using natural techniques.

Some variants of light olive oil might be a combination of extra virgin olive oil and refined olive oil and are labeled as “Pure Olive Oil” or “Olive Oil.” The oil remains stable at high temperatures because of its high smoke point. Olive oil is reported to be superior to vegetable oil for frying in certain research. Many of the antioxidants in olive oil remain even after it has been fried, unlike vegetable oil. 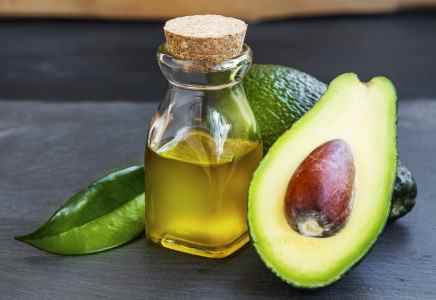 Because of its high content of monounsaturated fatty acids, avocado oil is good for you. It’s one of the most versatile cooking oils you can use, with a smooth buttery flavor. To prepare a delightful healthy stir fry or roast veggies, for example, you may utilize avocado oil. You may also utilize it as a vinaigrette ingredient or as a drizzle. You may use it for high-heat frying since it is an oil with one of the highest smoke points on this list.

When cooking, grapeseed oil should be used for light frying or in salad dressings. Grapeseed oil reaches a smoke point of 420°F (215°C) at a moderate temperature. Grapeseed oil has a light-green color and a mild flavor and is pressed from the seeds of grapes. Grape seed oil is also a healthy oil to consume, as is oil pressed from grape seeds. It’s a good source of beneficial polyunsaturated fat and vitamin E, and it’s an excellent oil to use in your kitchen.

Grape seed oil is a good vinaigrette, dressing, or sauce component because of its light mild flavor. Herbs and garlic flavors are able to shine through because of its mild flavor that does not overpower other ingredients. 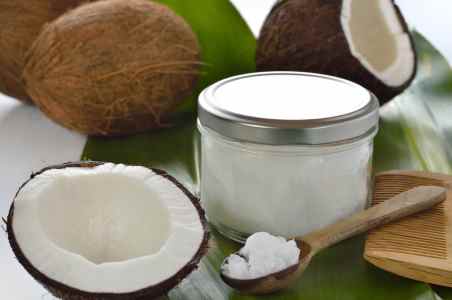 It’s important to keep in mind, though, that virgin coconut oil retains more nutrients than refined coconut oil. Since it is solid at room temperature below 76°F (24°C), coconut oil isn’t the best cooking oil to use in dressings or vinaigrettes.

Deep frying food or pan frying at high temperatures is best suited for canola oil, which is a kind of vegetable oil. Canola oil’s smoke point is considerably higher than the recommended frying temperature of 356°F (180°C), reaching 450°F (232°C). rapeseed oil is the name for canola oil, which comes from rapeseed seeds. Canola oil is ideal for a deep fryer because it remains stable at high temperatures. Canola oil, in addition, is a popular vegetable oil because it has a neutral flavor.

Some health-conscious individuals avoid canola oil because of the concerns about its negative impact on health, despite the fact that it is a widely used sort of oil. Of course, eating too much fried food isn’t the best way to protect your heart or weight. Despite the fact that canola oil is a low-cost cooking oil, there are a host of better and healthier options if you need high-temperature cooking oil. 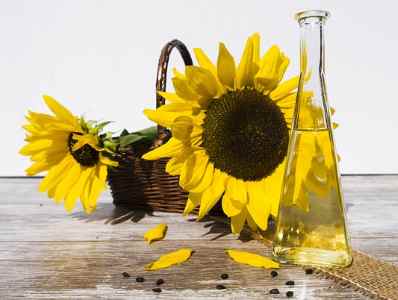 Safflower oil is similar to sunflower oil in terms of cooking. Like sunflower oil, this form of vegetable oil has a nutritional profile. Since it doesn’t impart any flavor to a salad dressing, safflower oil is ideally utilized for frying rather than drizzling on salads. Since it contains a lot of omega-6, sunflower oil isn’t one of the healthiest cooking oils. Inflammatory disorders may be exacerbated by an omega-3 to omega-6 ratio that is out of whack.

Because it contains no trans fats and maintains stable at very high cooking temperatures, palm oil is a type of high-heat oil that can be used for frying. Palm oil’s smoke point is 455°F (235°C). Another vegetable oil promoted as a “healthier” kind of frying oil is palm oil. The oil does not oxidize as quickly as other cooking oils because it does not break down at high temperatures. Palm oil, on the other hand, has a substantial quantity of saturated fat that may harm cardiovascular health.

As a result, not all scientists believe that palm oil should be included in the list of healthy frying oils. The environmental impact of this kind of cooking oil is one of the issues that has been raised. According to certain sources, attempting to manufacture enough of this cheap sort of cooking oil has resulted in widespread deforestation. 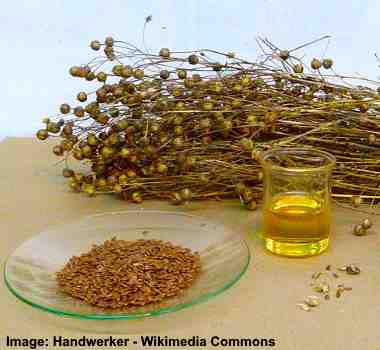 Salad dressing or drizzling on fresh or roasted veggies: Flaxseed oil Flaxseed oil has a smoke point of 225°F (107°C), making it unsuitable for cooking. One of the greatest plant-based sources of heart-healthy omega-3 fatty acids is flaxseed oil (also known as linseed oil). In reality, 7,196 mg of omega-3 can be found in a tablespoon of cold-pressed vegetable oil.

Vitamin E, a natural antioxidant, is also present in oil pressed from flaxseeds. Flaxseed oil, for example, is a beneficial form of vegetable oil that may help with a variety of health problems. You should always keep flaxseed oil in the refrigerator because it deteriorates quickly. 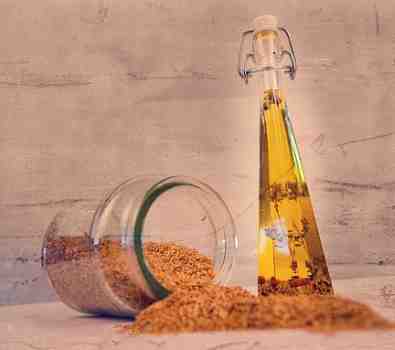 Sesame oil is an essential oil that should be used for frying or roasting. It is an aromatic essential oil. Sesame oil has a smoke point of 450°F (232°C), which makes it ideal for high-temperature cooking. Sesame oil comes in a variety of grades, each of which is suitable for various culinary applications. Pan cooking meat or roasting vegetables in the oven requires the light variety of sesame oil. Toasted sesame seeds are used to make the second type of sesame oil.

If you want a distinct nutty flavor, use this dark type of sesame oil to drizzle on salads. If you want to enhance the flavor of your Asian dish, dark sesame oil is one of the best cooking oils for stir-fries. lightly frying eggs or making an omelet, toasted sesame seed oil is also good.

Walnut oil, which adds a delicious vinaigrette to any salad, is an exceptionally good groundnut oil. Walnut oil has a low smoke point, making it unsuitable for frying, as do most unrefined oils. For how to consume walnut oil, what is the best strategy? You can use walnut oil in salad dressings or dips made with other healthy oils like olive oil or avocado oil, because it’s quite costly. This may infuse your food with a nutty flavor.

Peanut oil, which is suitable for stir-frying at high temperatures, is a type of groundnut oil. Refined peanut oil has a smoke point of 450°F (232°C). Peanut oil has a nutty taste that allows it to enhance Asian meals and tolerate high cooking temperatures. Peanut oil may also be used to deep-fry dishes without losing its peanut taste.

Peanut oil, on the other hand, isn’t suitable for all types of fried cuisine. If there are peanut overtones in the meat, for example, it may not taste as good. To flavor salads, you may also use refined peanut oil as a delicate groundnut oil. The smoke point of peanut oil without refinement is 320°F (160°C). 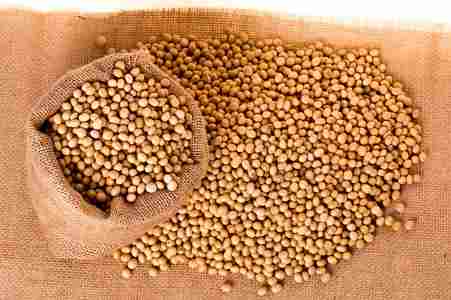 Soybean oil is a high heat cooking oil that is derived from soybeans. Soybean oil’s smoke point is 495°F (257°C), making it ideal for high-temperature frying. Due to its inexpensive cost, low levels of saturated fats, and extended shelf life, soybean oil is promoted as the finest cooking oil.

Several sorts of soybean oil, on the other hand, are hydrogenated, resulting in trans fats. In reality, obesity and diabetes have been linked to rising soybean oil consumption. Soybean oil doesn’t seem to be one of the safest cooking oils available.

Because of its high smoke point, rice bran oil is best used for deep frying, sautéing, or roasting. Rice bran oil has a smoke point of 450°F (232°C) and is derived from the outer husk of rice grains. This is a high-temperature cooking oil that doesn’t oxidationize when heated. It’s a light-flavored oil.

Rice bran oil is high in omega-6 as well, despite the fact that it contains a considerable quantity of monounsaturated fats and omega-9 fatty acids. Excess amounts of omega-6, as previously indicated, may cause inflammation.