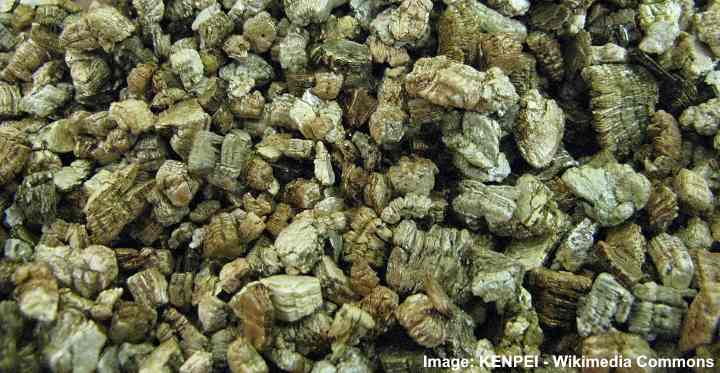 Vermiculite aids in aeration of the soil, retaining water and nutrients, and is employed in garden or potting soil. Because of its water retention abilities, vermiculite is an excellent option for moist loving plants who need to amend their soil. It’s also effective for promoting cutting propagation’s faster root development. Horticultural vermiculite has the advantage of not breaking down in the soil.

Any gardener or houseplant owner will benefit from using vermiculite as a soil amendment. Vermiculite mixes well with peat, potting soil, composted materials, and fertilizers. It’s also very light. You may still be curious about vermiculite, despite the fact that it has numerous uses and is commonly used in gardens.

Is it safe to use vermiculite in the house, for example? Is it possible to grow plants in vermiculite without using chemicals? What are the advantages and disadvantages of using vermiculite as a soil amendment? This is a comprehensive guide to vermiculite, which answers all of your questions about this natural mineral.

When heated, vermiculite becomes lightweight particles, as shown in this illustration. Raw vermiculite is a sparkly black or brown flake that resembles silicate minerals. The raw vermiculite is heated to make horticultural vermiculite. As a consequence, it grows by a factor of 30 in size.

It also has an accordion-like shape. The rock-like vermiculite becomes lightweight granules with a grayish-brown appearance after going through a hydrothermal process.

In South Africa, China, the United States, and Brazil, vermiculite may be found in mineral mines. An exceptional heat procedure is necessary to convert this dense rock mineral into a lightweight pellet. Vermiculite is heated to between 1,000 and 1,500°F (540 and 810°C) using the process known as exfoliation.

The flakes seem to be worms that have puffed up and enlarged. Depending on their size, the resulting particles are graded.

What is Vermiculite Made Of? 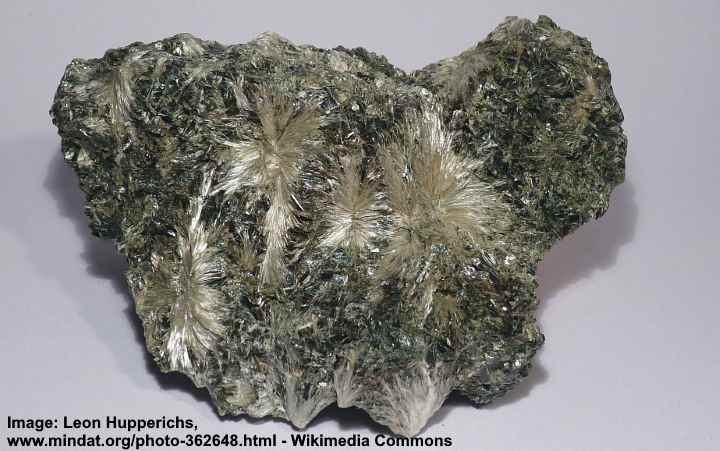 Vermiculite is a hydrated magnesium aluminum-iron silicate mineral that resembles mica. It looks like a hard rock mineral when untreated. Along with contained water, the unusual mineral has a crystalline structure. Silicon oxide, magnesium oxide, aluminum oxide, and water are all present in commercial vermiculite.

It appears to be golden-brown granules after being processed commercially. The pH level of commercial vermiculite granules for horticulture is neutral. Vermiculite is absorbent, lightweight, and insulating, making it ideal for gardening. As a result, vermiculite has a variety of commercial, industrial, and residential uses.

In gardens or houseplant potting soil, here are a few ways to use vermiculite:

How to Use Vermiculite in the Garden and Landscape

To create a light growing medium, use vermiculite in garden soil. In gardens where water is important for plant growth, vermiculite is the best option. To enhance the water retention abilities of sandy or vermiculite soils, you may work in them. For lawns, plants, shrubs, and trees in your garden, you can employ coarse grade horticultural vermiculite in a variety of ways:

Vermiculite is used for growing trees or shrubs—Dig a hole where you want to put your tree or shrub. By combining equal portions of soil and vermiculite, you may make a soil combination.

While vermiculite may help break up soil, it’s best to use perlite if your sole objective is to aerate the ground. However, since of its enhanced water retention qualities, vermiculite is preferred over perlite in warm areas.

How to Use Vermiculite in Hydroponics

Water retention is the primary benefit. Vermiculite offers several advantages in hydroponic media, including its light weight. To use vermiculite for hydroponics, all you have to do is apply water to it.

Vermiculite is non-rotting, non-breakdowning, and moldy free. It’s also a very absorbent, non-toxic material with no odor. Vermiculite is lightweight, promotes aeration of soil, and retains moisture, which are all benefits. The convenience of application, low cost, and benefits to soil and plants are all reasons why vermiculite is popular among professional gardeners.

What are the other properties of vermiculite? Vermiculite may be used for five reasons:

Vermiculite, which helps retain moisture in light soil, is an excellent addition. In heavier soils, vermiculite is used to aerate them.

Roots grow quicker when vermiculite is combined with peat or composted organic matter. Roots have more room to grow in vermiculite, which helps soil. As a result, young roots have an easier time developing, resulting in rapid plant development.

3. Vermiculite doesn’t deteriorate or break down

Vermiculite has cation exchange properties, which is another advantage. Since vermiculite may help release potassium, calcium, ammonium, and magnesium to sprouting plants, this property is critical for soil fertility.

It is simple to propagate rooted plants using vermiculite. Because of its moisture-retentive properties and neutral pH levels, this rooting medium is ideal for cuttings. 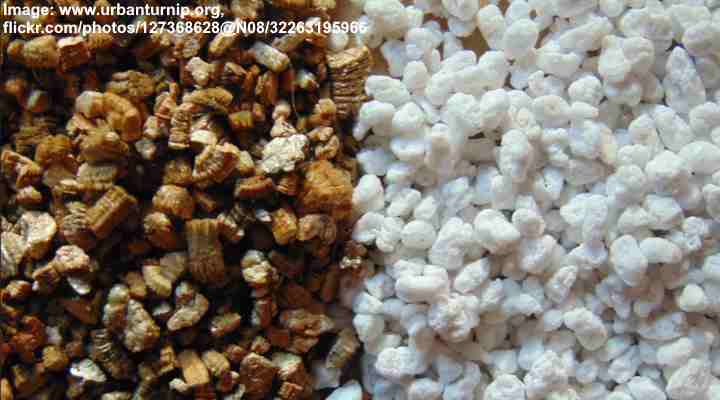 When it comes to water and nutrient retention abilities, vermiculite outperforms perlite. Perlite, on the other hand, is better than vermiculite at aerating and loosening hard clay soil. Succulents and cacti, for example, prefer potting soil that isn’t constantly moist.

Perlite is ideal for them. Plants that prefer to grow in wet soil, such as ferns, are better suited for vermiculite. To obtain a favorable combination of aeration and water retention, mix perlite and vermiculite. To grow plants in water only, several hydroponic systems suggest a 1:1 ratio of vermiculite and perlite. 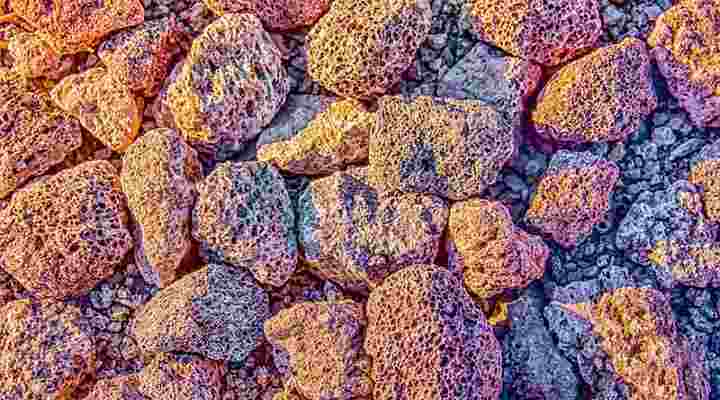 Pumice is a fantastic aerating medium for sluggish or poorly draining soil, but it has minimal water retention capabilities. When it comes to retaining moisture, vermiculite is better than pumice. If you want to boost soil moisture, it is a better option than pumice.

For gardeners, vermiculite isn’t always the best option. It might cause waterlogged soil if used in combination with heavy clay soil, since it has the tendency to retain moisture. Vermiculite has a number of drawbacks, as shown below:

1. Vermiculite holds too much moisture for some plants

Because of its moisture-retention ability, vermiculite isn’t ideal for certain types of houseplants. If they develop in moist, chilly situations, indoor plants are prone to root rot. This may cause your plant to develop bacterial and fungal root problems.

2. Vermiculite comes from a non-renewable source

Vermiculite, like perlite, is a mined mineral that comes from a non-renewable resource. Despite the fact that there is a massive supply of vermiculite in the world—enough to last for hundreds of years—it will eventually run out.

3. Vermiculite dust could be hazardous

Is Vermiculite Safe to Use?

Vermiculite from horticulture is completely safe. Long-term or short-term exposure to vermiculite does not appear to cause any health problems, according to scientific research. Acute or chronic toxicity, as well as the presence of carcinogens, have not been established for vermiculite.

Concerns over possible links between asbestos and vermiculite were reported by the Agency for Toxic Substances and Disease Registry (ATSDR). The contaminated vermiculite came from a disused mine in Libby, Montana, United States of America.

The mine has not produced vermiculite since 1990. All vermiculite products on the market today are safe to use and conform to strict standards. It’s important to understand that asbestos isn’t found in pure vermiculite.

Vermiculite is a safe additive for gardening because it is not a poison. When potting plants or working in the garden, it is safe to handle vermiculite. It is, however, recommended to wear a protective mask because fine dust particles may irritate the respiratory system.

The Libby Montana mine is the source of all of the vermiculite health problems. asbestos-contaminated vermiculite sources were discovered there. The mine, however, closed in 1990 and no longer produces vermiculite.

Does Vermiculite Break Down?

Inorganic materials are those that aren’t from living stuff. Vermiculite is one of them. In the soil, vermiculite does not degrade, rot, or breakdown. Coarse vermiculite granules may be reused in potting soil by reclaiming them. As long as vermiculite is in the growing medium, it benefits the soil.

Vermiculite is a beneficial mineral for organic gardening since it is natural. In manufacturing vermiculite, no synthetic chemicals or additives are used.

Mineral flakes are put under high heat to form light brown granules. The USDA recognizes vermiculite as a permitted organic farming ingredient. When vermiculite is said to be produced from an “inorganic” source, confusion ensues. Vermiculite, on the other hand, is a non-organic substance because it comes from a substance that does not contain carbon.

Can You Grow Plants in Just Vermiculite?

As a soilless growing medium, vermiculite is ideal. All you have to do is moisten medium- or coarse-grade vermiculite in water. Next, you may cultivate plants in this sterile medium. You’ll need to add the proper fertilizer since vermiculite lacks minerals and nutrients.

Where to Buy Vermiculite

Garden centers, hardware shops, and hydroponics specialty shops all sell vermiculite. Online, Amazon has a lot of vermiculite for sale. Just make sure you get horticultural vermiculite.