We may earn a commission if you buy an item via one of the links on this page. Commissions have no effect on our editorial content. Read the entire disclosure statement.

One of those plants that takes the mind back to childhood is the birch tree, which evokes memories. In the American landscape, the striking appearance and delicate shape stand out.

Native species thrive in most states, and they are perhaps one of the most well-known trees, even to the casual observer, because of their distinctive looks and feel.

Birch trees are a little picky about their surroundings, despite their widespread popularity. It’s sometimes difficult to grow them well. Stick with us and we’ll provide you with a plethora of advice and techniques to help you maximize the potential of your birch tree.

What is a Birch Tree? 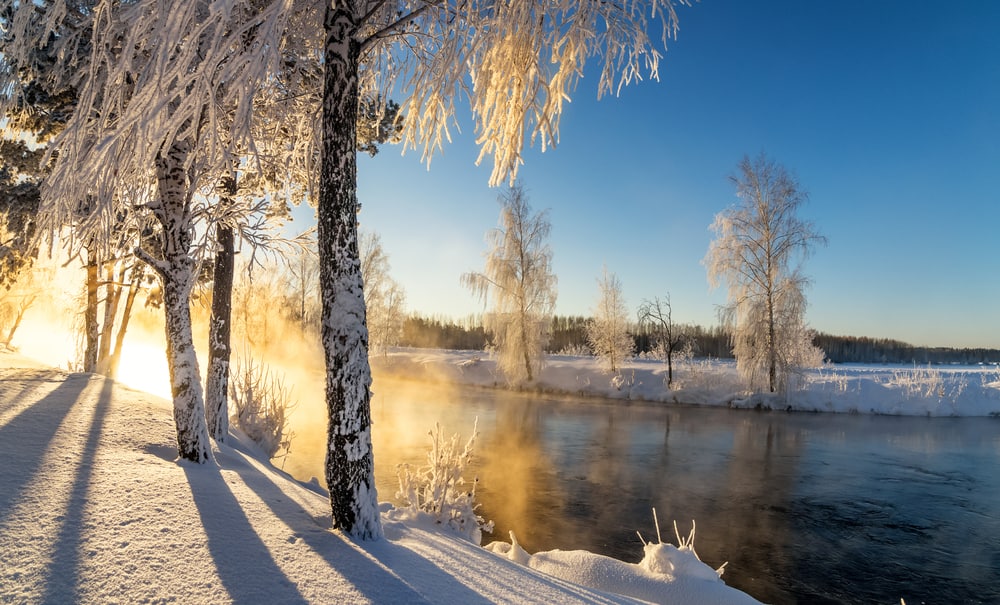 Around 60 species of the Betula genus may be found in temperate zones across the globe.

Birch trees can live for more than 100 years in the ideal environment, but in the home garden, they typically only survive for about 50 years due to their specific growing requirements and insect problems.

Although birch is a deciduous tree, it stands out even on the bleakest winter days thanks to its bark.

Because it was lightweight and strong at the same time, Native Americans used birch for utensils and canoes.

Birch grows best in cooler temperatures and dislikes dry or hot conditions. They don’t like dry spells and would struggle if you lived in a region that experiences them on a regular basis.

Best Species of Birch Trees for the Home

We’ll look at the most common type of native North American birch, whether they’re indigenous or not. There are approximately 18 of them.

Different cultivars, such as multi-trunked variants, variable sizes, and some with particularly lovely yellow leaves in the autumn that make a spectacular picture when everything else is drab, have distinct features from the parent species. 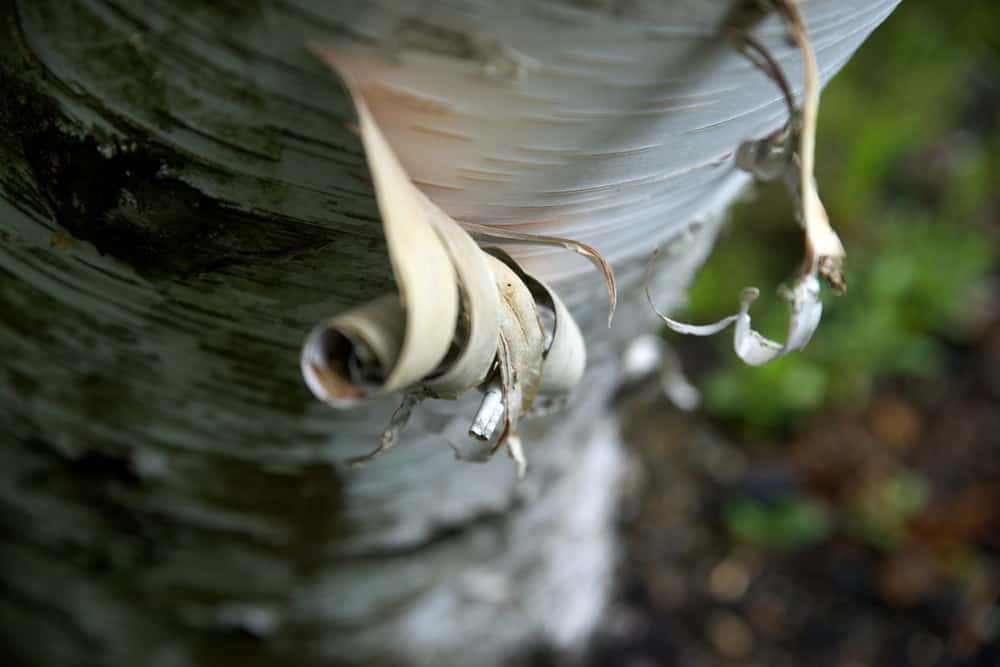 Because of the white bark that peels away in papery layers, this may be the most well-known birch. When the tree is about a decade old, its bark becomes white. It is brown when young. The white bark starts to flake away.

Around the same time as the new leaves emerge, tiny flowers develop around May. Females are red or green, while males are yellow.

Birch bark is an example of paper birch. Cooler temperatures and summers that average less than 70 degrees Fahrenheit are common in papyrifera. It finds it difficult to cope in polluted areas and does not like the heat.

Borers are resistant to ‘Prairie Dream’ and ‘Renassaince Oasis.’ 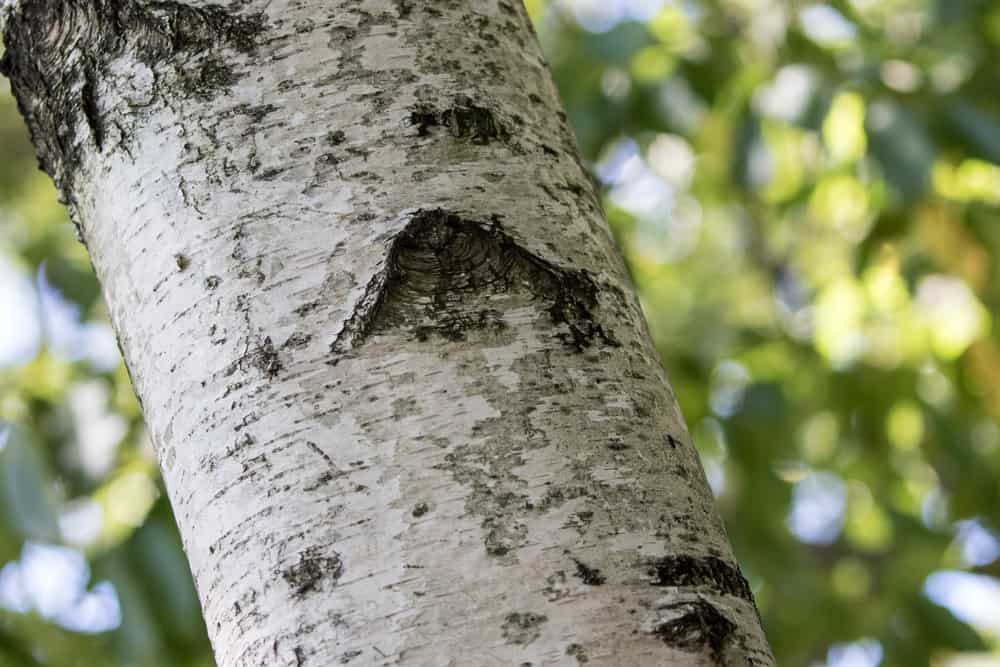 This 50-foot-tall tree may be single or multi-trunked, and it is native to the North Western United States.

B. is a variety of white birch with silver bark The branches of populifolia) spread low to the ground along the trunk. It’s most often a bushy tree that grows. As the tree ages, its bark becomes darker, and in the autumn, its leaves turn brilliant yellow.

Gray birch may be perfect for you if you reside in a place with abundant snowfall. ‘Whitespire’ is a particularly lovely and tenacious cultivar that has been known to bend to the ground without breaking its trunks.

Throughout the summer and autumn, the leaves of “Crimson Frost” turn crimson. 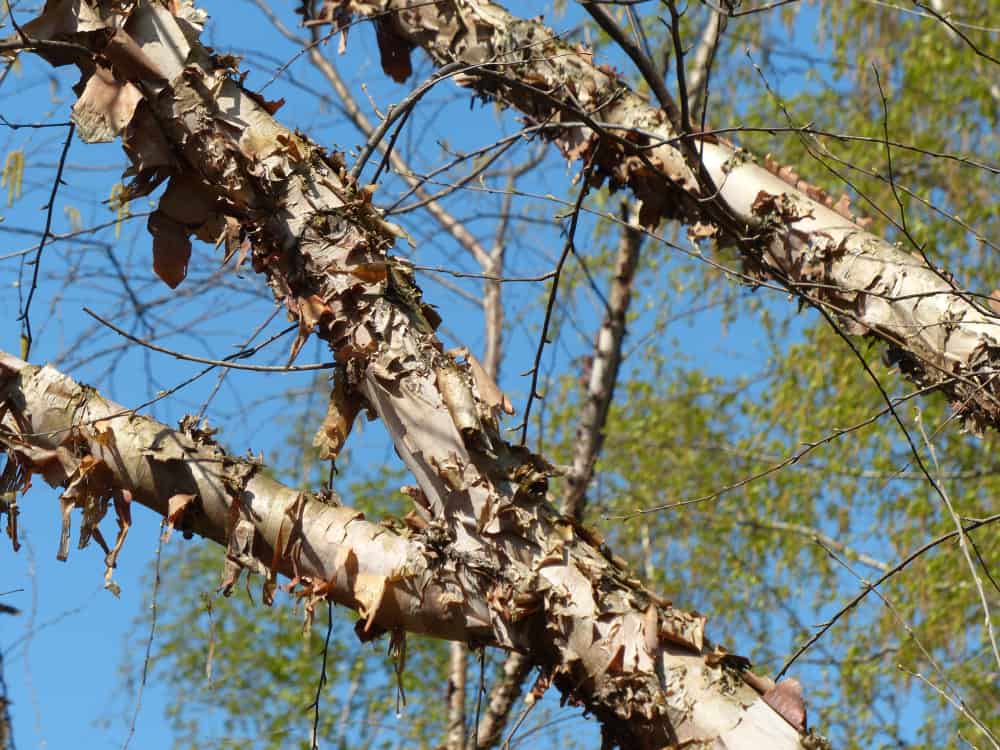 Bacteria may be divided into two groups: gram-positive and negative. The nigrö birch is one that thrives in heat and humidity. It may be found across the southeastern United States in its appropriate environment. Bark may be grey to light brown in color and may have many layers.

River birch is also tolerant of wet soil, in addition to heat and humidity. Rain gardens, low-lying areas, and rivers and streams should all have it planted on them. It’s a quick grower that’s resistant to birch borer.

One of the most popular cultivars, ‘Heritage’ is adaptable and 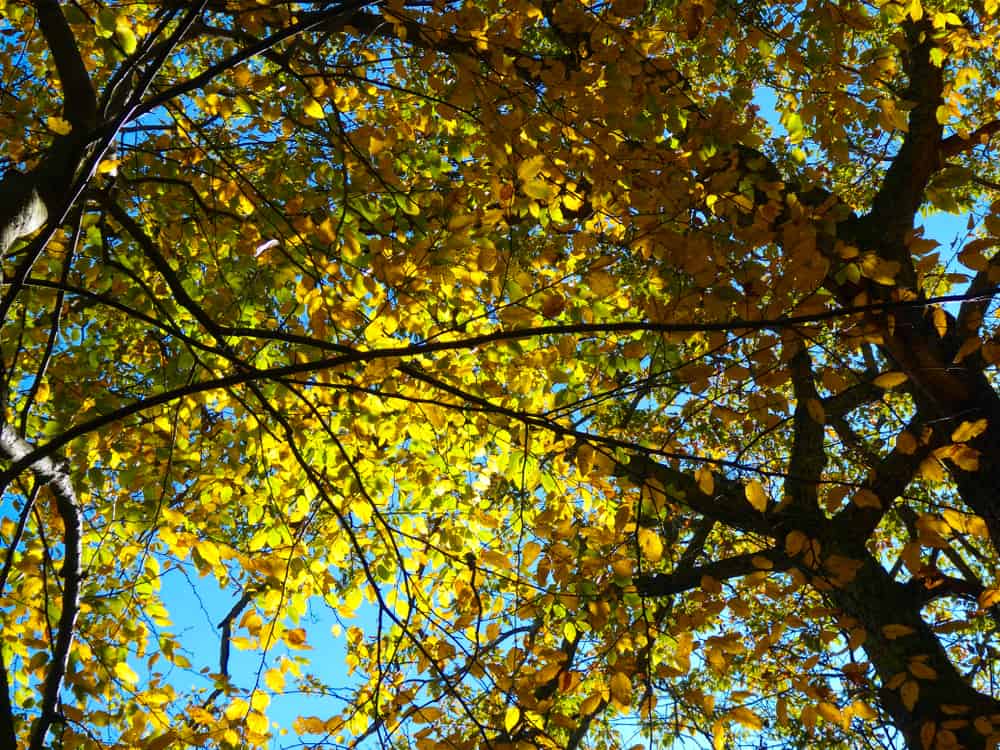 Black or cherry birch is another name for the same plant. This tree’s bark is smooth and reddish-brown (instead of white), and it stands out from the others. The bark of sweet birch turns black and flakes off in large plate shapes as it ages. When the leaves turn gold in the fall and contrast against the black bark, this is a particularly attractive birch tree. 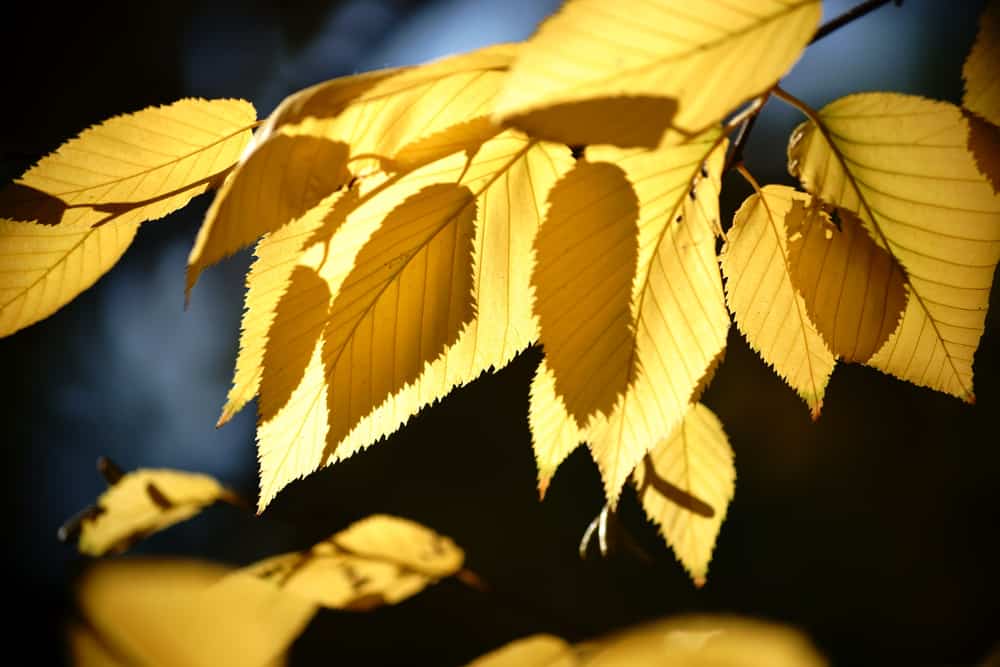 Birch from the yellow birch family Since it grows to be 75 feet tall, alpine (Alleghaniensis) requires a large property. With its rough textured bark that almost looks like polished brass, it’s a one-of-a-kind tree. It peels away in little yellow strips.

Yellow birch is an excellent choice since it is very resistant to leafminer, unlike many of the white-bark birches.

The hardwood of yellow birch is used in a variety of applications. This wood polishes to a high, quality sheen from flooring to furniture and tool handles. 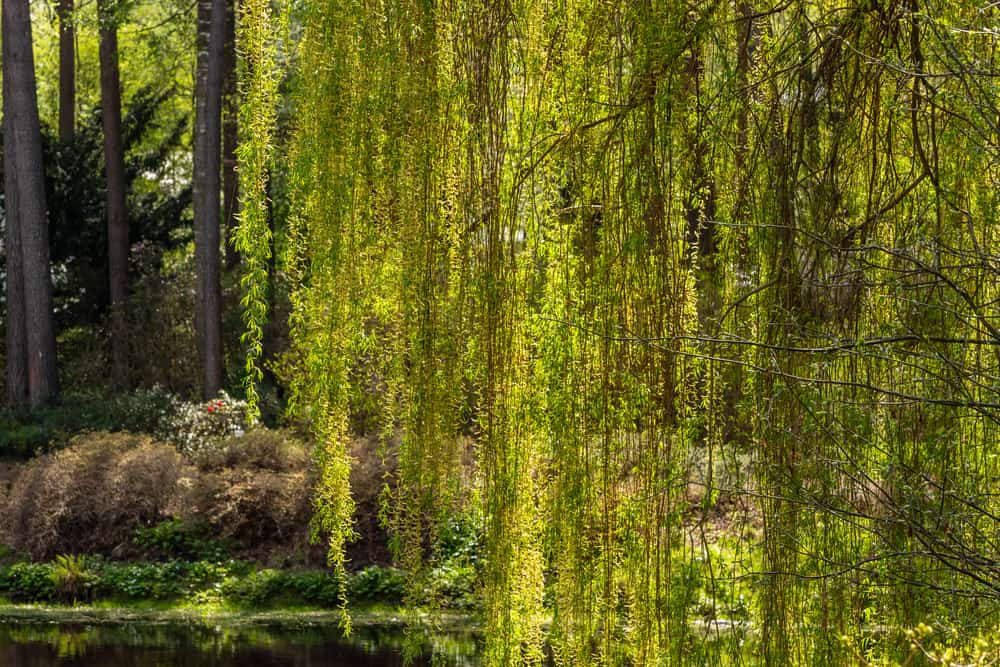 B is a number between 1 and 10. Many names are used to refer to dependula. To be happy, this European species requires mile-long summers and harsh winters. In the event of any fungal diseases coming to visit, it also requires consistent moisture and meticulous pruning.

Yet, this species is lovely with its elegant, weeping limbs covered in exquisite, dancing leaves if you are willing to put in the effort.

Birches may be obtained in a variety of ways. You can buy one at a nursery or take cuttings from an existing tree.

Greenwood cuttings are the optimum method to spreading birch. A flexible young limb should be used for this.

A quarter inch below a leaf node, cut the branch. Make sure that the severed branch has at least three to four leaf nodes. Remove the majority of the foliage from the lower third of the limb.

Dip the developing end of the branch in rooting hormone as soon as you cut it down and remove the leaves. It will reduce your chances of successful propagation if you allow the birch branch to dry out throughout this procedure.

Store the cutting in a plastic bag with a little moisture if you can’t plant or use rooting hormone right away. Wet the bag up before stuffing it in.

Place the seedlings in small containers filled with seed-raising soil. Before you firm down, make a hole with a pencil and put the cutting in. Place a few in each pot and plant them. Keep the soil moist at all times.

When you pull roots gently, they will grow new leaves or there will be resistance, indicating that roots have grown. It takes around eight weeks from cutting to replanting.

Plant in larger pots or directly into the soil when the roots are robust. Before planting, make sure to harden them off.

How to Care For Birch Trees 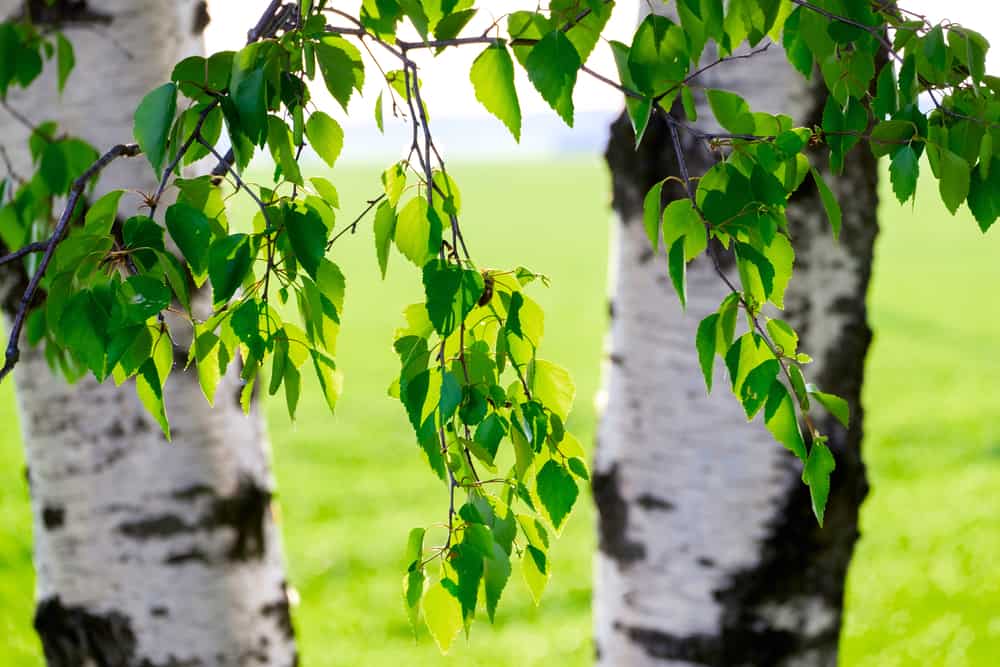 USDA Hardiness Zones 2 to 9 are home to birch trees that thrive, although not all birch species flourish in every zone. You may discover a range that will thrive in your area if you ask around.

Cool, moist soil and sunlight on the leaves of birch trees are ideal. Finding a location where the ground is shaded and stays cool, as well as receiving sunlight for three-quarters of the day, is the trick.

Birch roots are shallow and vulnerable to scorching, arid soils.

To grow plants with a pH of 5.0 to 6.5, you’ll need slightly acidic soil. Since birch may turn yellow in soils above 6.5 pH, it’s a good idea to test your soil with a pH reader.

Avoid places with poor drainage or that flood even on rare occasions because of the shallow root system.

From the day your birch tree is planted in the ground, mulch it well. This prevents weeds and other plants from competing for nutrients while the soil stays moist in the heat.

Instead of giving your birch trees small waterings on a regular basis, give them big ones.

Unless the soil is deficient and the tree exhibits signs of stunted growth, yellowing leaves, or disease, birch doesn’t really need fertilizing.

Apply it in late spring or early fall if you fertilize. You might get a flush of growth that won’t harden off before the cold of winter sets in if you wait too late in the season.

Because it will suffer, never prune more than 25% of a birch tree at one time. Because the leaf borer is attracted to fresh pruning cuts at this time of year, don’t prune between May and August if possible.

At other times, he was less aggressive. for aesthetics and pruning.

You have a variety of options when it comes to underplanting your birch trees:

Birches are known for being picky. They’re quite healthy when they’re planted in the right conditions. They are, however, susceptible to issues when the conditions aren’t right. Here are a few examples: 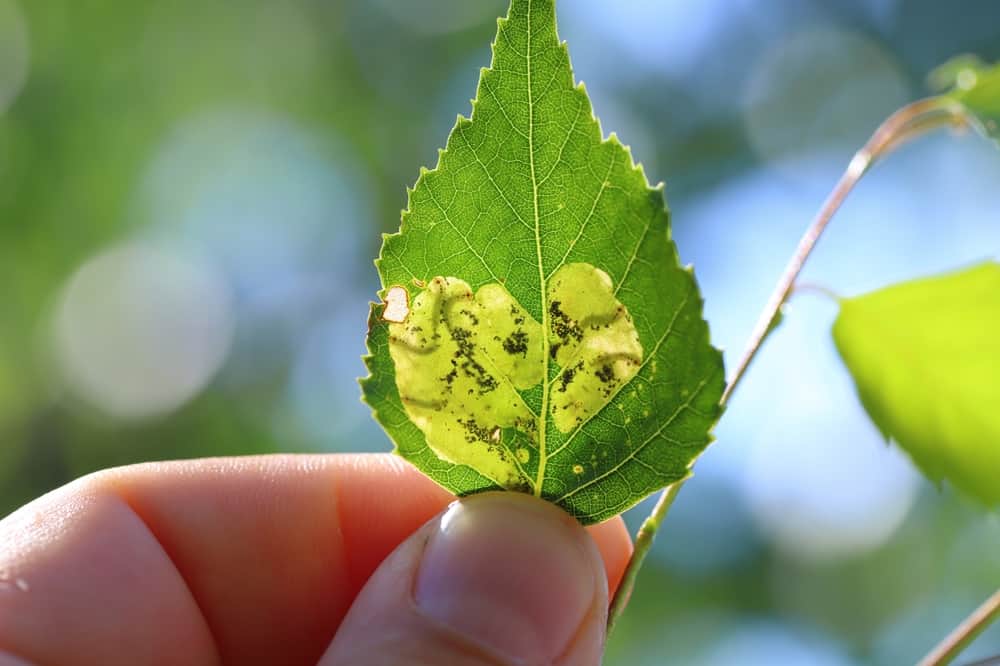 Birch leafminer infestations have the potential to harm a birch tree’s appearance, even if they don’t kill it. The health of the tree is harmed if the infestation is severe.

Adults resemble little black wasps in appearance. Before pupating in May, the larvae overwinter in the soil. She will lay hundreds of eggs on developing leaves and in crevices, as well as on the bark, once she has attracted female partners.

Between the top and bottom layers, the larvae tunnel into the leaf. The leaf is discolored, withered, and blotchy. The birch tree’s capacity to photosynthesize is subsequently harmed when the leaf dies.

The bronze birch borer (Agrilus anxius) is a devastating Bug that may destroy your birch tree if it is not controlled. This little bug prefers to attack dying trees that are struggling. Females deposit eggs in the tree’s damaged bark flaps and other areas.

In the top crown of the tree, you’ll notice stunted development and thin patches. Next, twig and branch death occur in sequence. The birch tree’s bark may develop a filthy brown lesion on it as another symptom of the birch borer.

The disease might take many years to develop between the first sign and the death of the tree, but if weather is hot and dry, it will progress more quickly.

Dieback is caused by limb girdling.

Making sure the tree is healthy, placed in the proper location, and watered properly is the best defense against birch borers. Since they damage the tree and take advantage of the borders, you should also keep ugs away.

Chemical therapies may be used to assist. Look to Bayer Tree and Shrub Guard I or II, or Xytect for additional protection. From early April to mid-May, apply.

When the weather is cool and wet, bacterial cankers (Pseudomonas syringae) enter birch trees through wounds or pruning damage. In the spring, cankers develop on twigs and branches and appear to be gummy lesions.

When the canker expands too much and covers the twig or branch, it is likely to perish due to a lack of nutrients.

How to Use Birch Trees 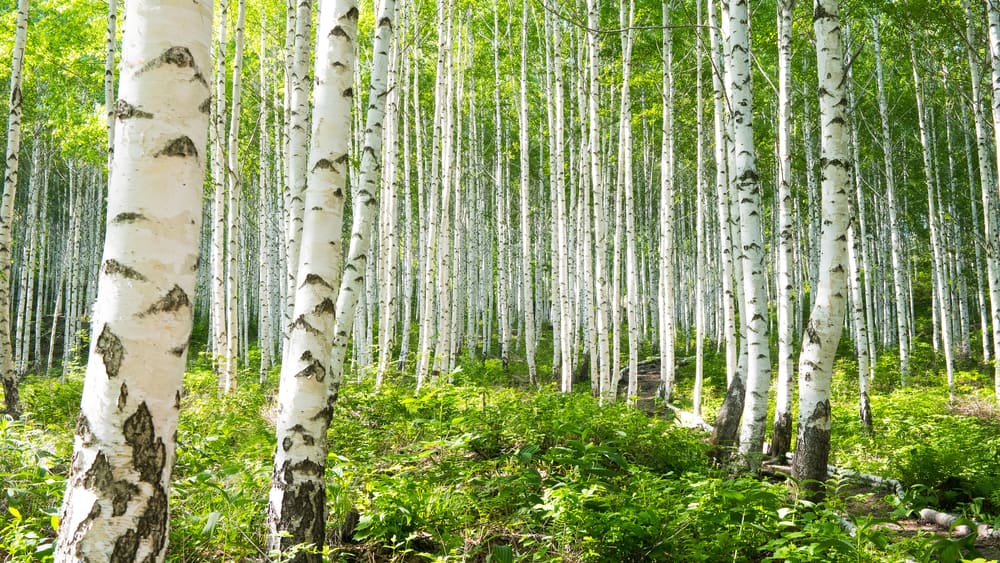 The leaves, wood, and bark of birch trees provide shade and a lovely focal point in the yard, but they also have other uses. Birch trees may be grown as ornamental trees, but why not take advantage of their other functions?

Make a spicy beverage with the catkins and leaves. Sap may also be obtained by tapping the trees.

Chaga mushrooms may also be found in birch trees.