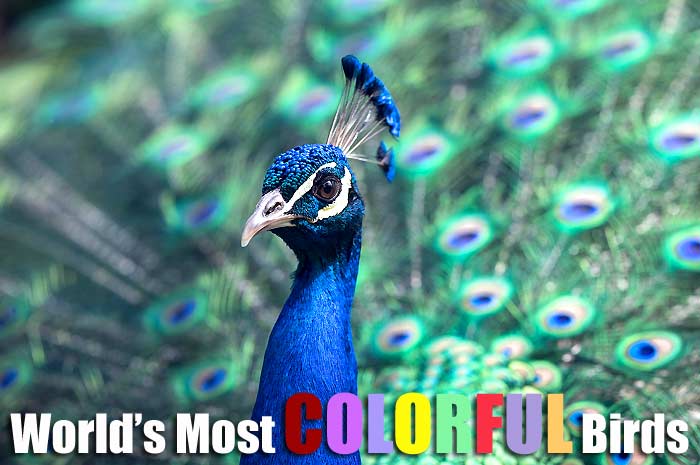 Birds are among the most colorful terrestrial animals in terms of physical appearance, as far as I can tell. As one would assume, birds can distinguish colors, therefore the spectacular display of varied colors and patterns exhibited by numerous species is significant.

Characteristics of Colors in Birds

Most bird species have sexual dimorphism, which is a characteristic where males and females are easily differentiated. For one apparent reason, males appear to be more colorful and dazzling than females: to attract females during mating.

A) On the one hand, bird pigments create gorgeous feathers. Melanin, carotenoid, and porphyrin are such pigments. Colors range from pale yellow to reddish-brown to darkest black, and the pigment melanin is responsible for these colors. Colors range from bright yellow to orangish-yellow, thanks to the pigment carotenoid. In certain cases, melanin and carotenoid combine to create an olive-green hue. Lastly, brown, vivid red, pink, and green are all colors produced by pigment porphyrin.

B) The structure of the feathers, on the other hand, is what causes different feather colors. When the light is refracted by the proteins found in feathers, instead of pigments, colors are created. There are three different structural feathers:

Henceforth, listed below are the 26 most beautiful birds of the world in the Class Aves (birds) of the Animal Kingdom with Phylum as Chordata.

You can see the IUCN red list categories for each of these colorful birds listed below which represents the vulnerability of the species at present. This ranges from Extinct to Least Concern.

And here we go! Colorful birds! This is where you’ll be welcome. 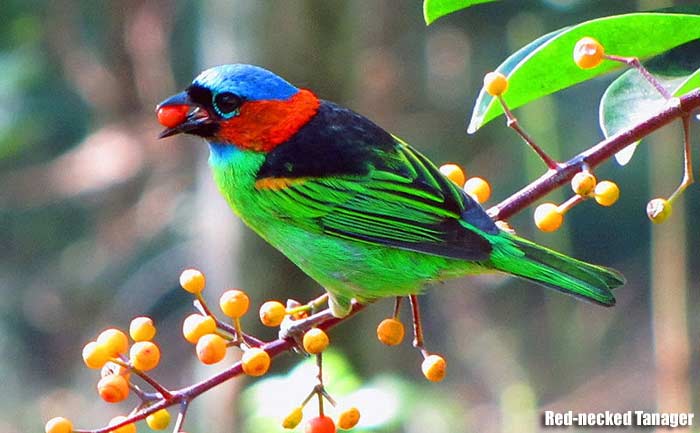 Endemic to Eastern South America, the red necked tanager appears to be very bright with its yellow-orange wings, bright red chin, deep blue crown and lower neck, and a brilliant green underneath. 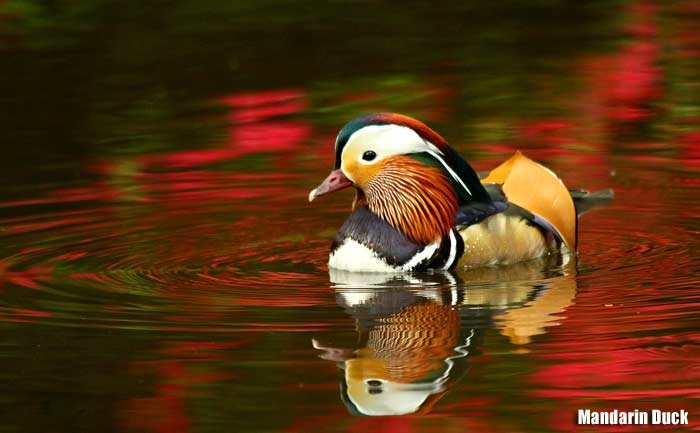 This native from China (hence the name) and Japan, this duck shows a wide range of hues including blue, green, copper, and silver. It is regarded as the world’s most beautiful duck. 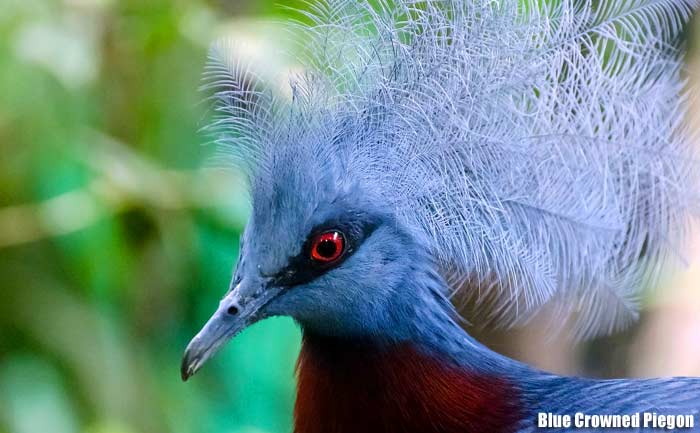 Also known as the Western crowned pigeon, the blue crowned pigeon is characterized by having large blue crests in the head, and deep blue feathers around the eyes. 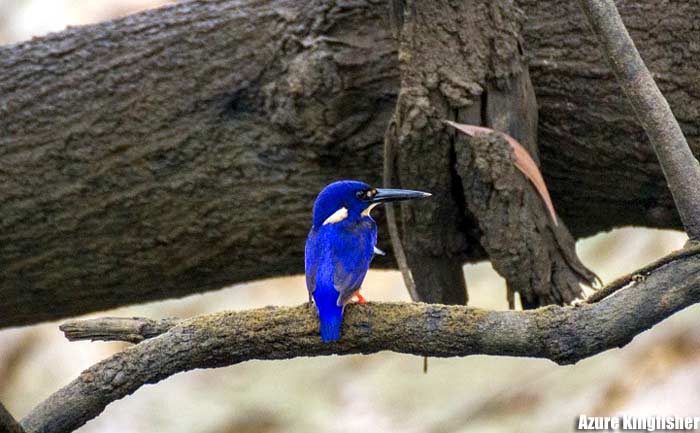 Blue kingfishers are small to medium-sized birds with a very vivid coloration and are known to be excellent fish hunters from the riverside and occasionally above the water surface. 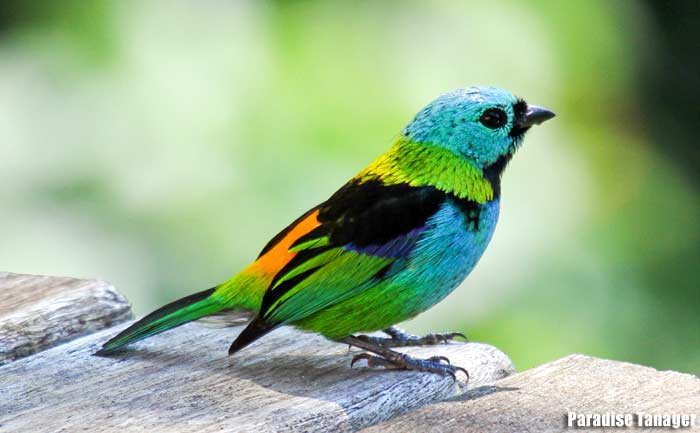 The Paradise Tanager is living up to its name, being both neotropical and colorful. With its bright apple green head, yellow or red rump (depending on species), and blue abdomen, this bird is small but very colorful in the tropical forests of South America’s Amazon basin. 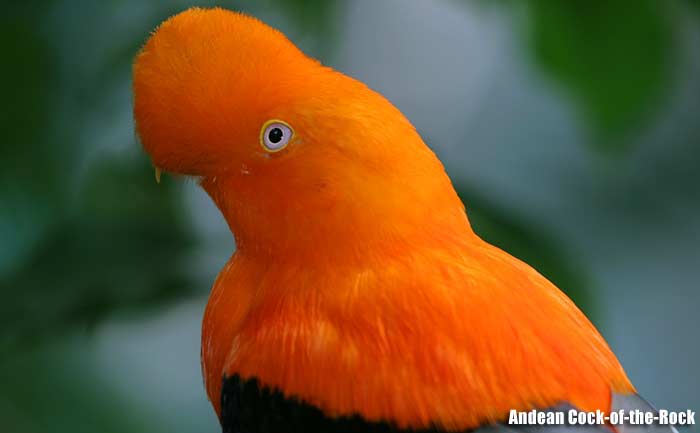 Considered the national bird of Peru, this small to medium sized bird made it to the list of most colorful birds. 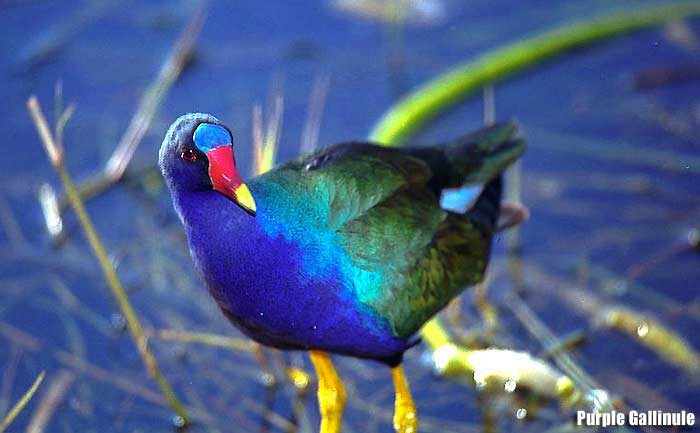 The Purple Gallinule is considered as one of the most beautiful birds primarily because of its plumage that displays a variety of colors. 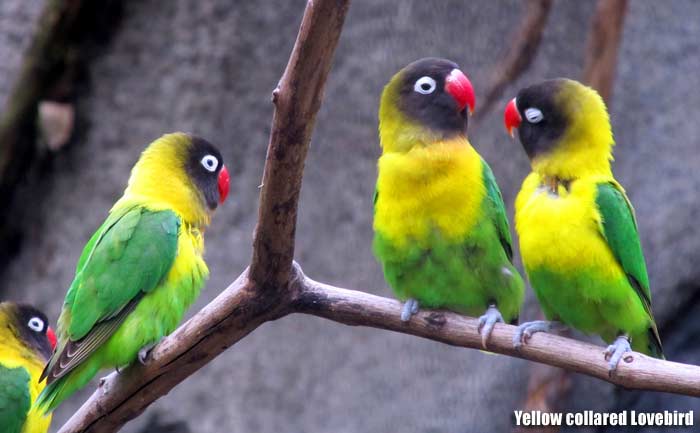 Yellow collared lovebirds are small colorful birds with a green appearance (though the upper parts are darker). They’re also known as Masked lovebirds. Their beaks are also extremely bright red and have black-colored heads with white eyerings. 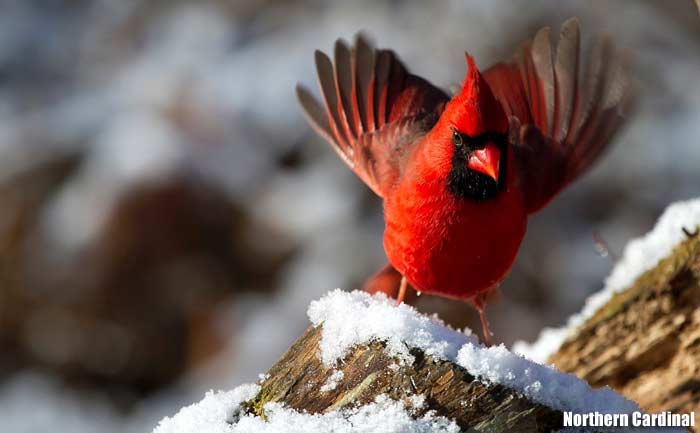 Northern Cardinalis, a songbird with a striking red and black face mask that extends up to the upper chest, is endemic to both North and South America. 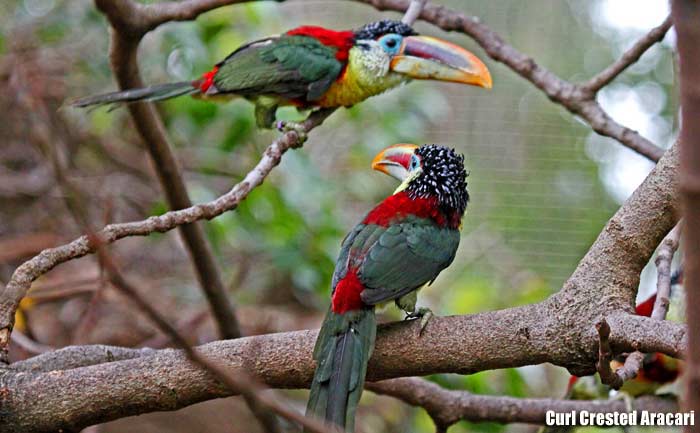 This bird is one of the most colorful yet bizarre looking in the world, and comes from the Ramphastidae (Toucans) family. The underparts of this bird are yellow, the back is crimson, the wings are dark green, and the beak is extremely vivid. 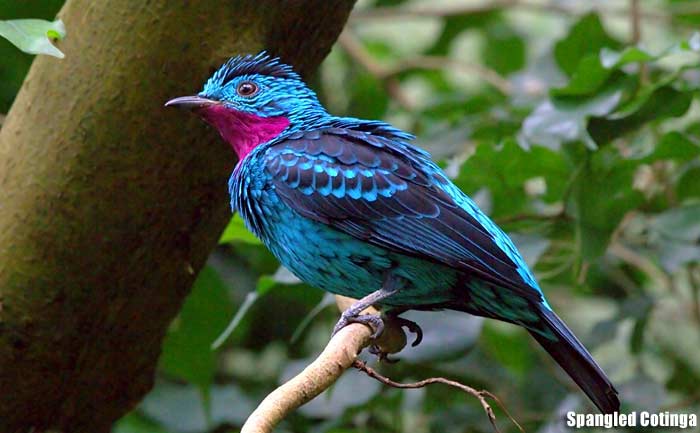 The Amazonian forests’ canopy is home to the Spangled Cotinga, a bird species. 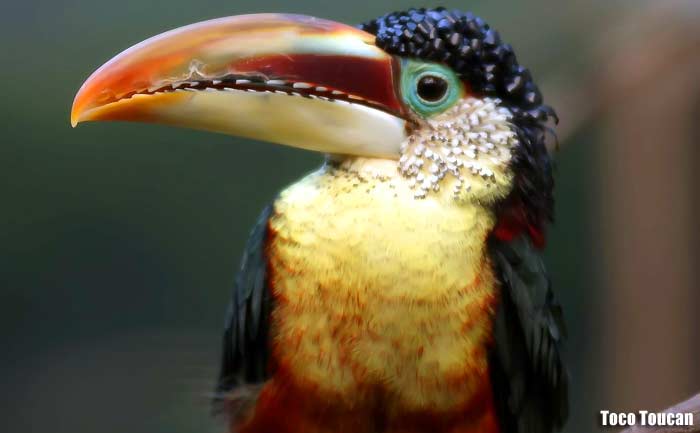 The Toco Toucan is the greatest of all toucans, distinguished by its very big multicolored beak. Its extremely black body, white throat, and blue eye rings make it stand out from the rest of the flock. 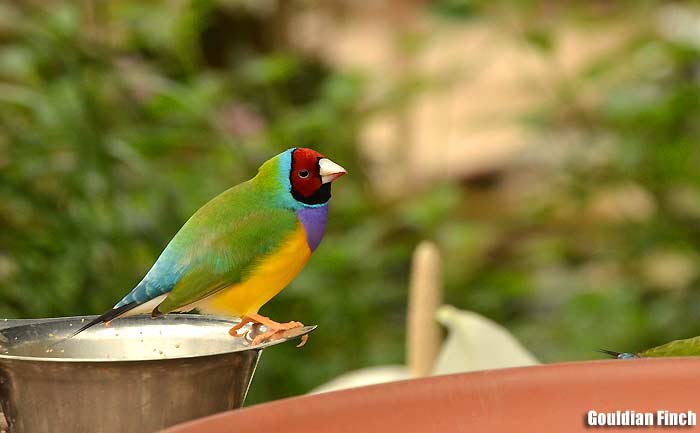 Also known as the Rainbow finch, the Gouldian Finch is typically found in the savanna woodlands of Northern and Western Australia. 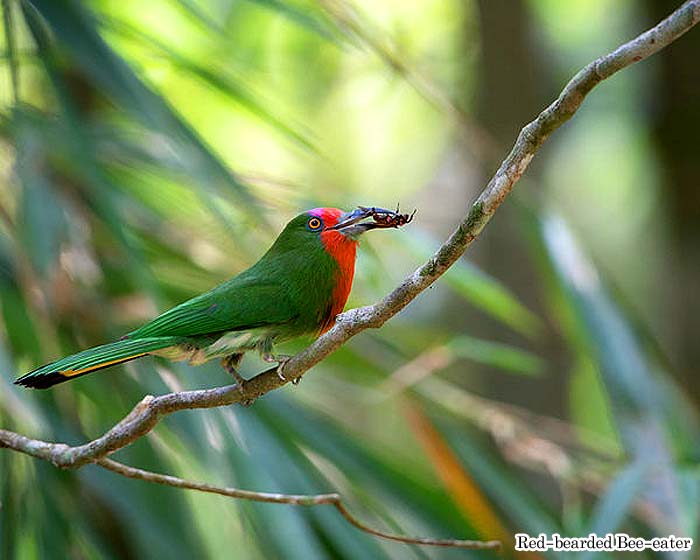 The Red Bearded Bee Eater is a bird species that lives in the dense woods of South-East Asia’s Indo-Malayan regions, as its name suggests. 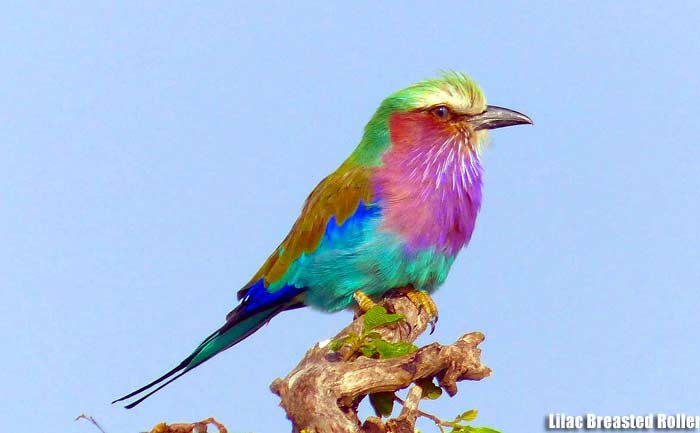 A member of the bird Family Coraciidae (Rollers), the Lilac-breasted Rollers are widely distributed in the Eastern and Southern Africa. 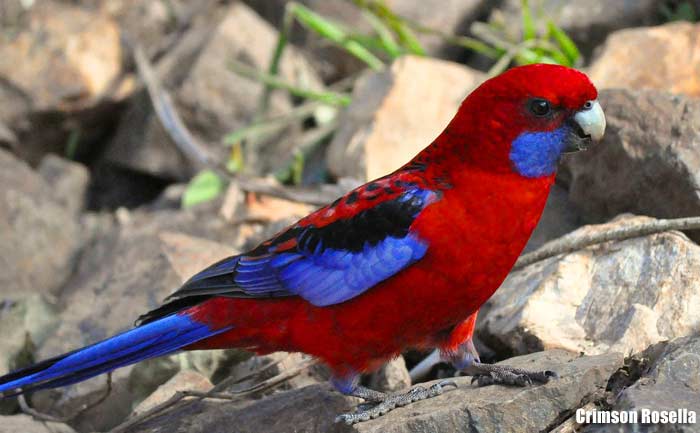 The crimson body of the Crimson Rosella is its most distinguishing feature. The back and wing feathers are black with red hues, apart from that. An alternate light to dark blue patch appears on its flight feathers. 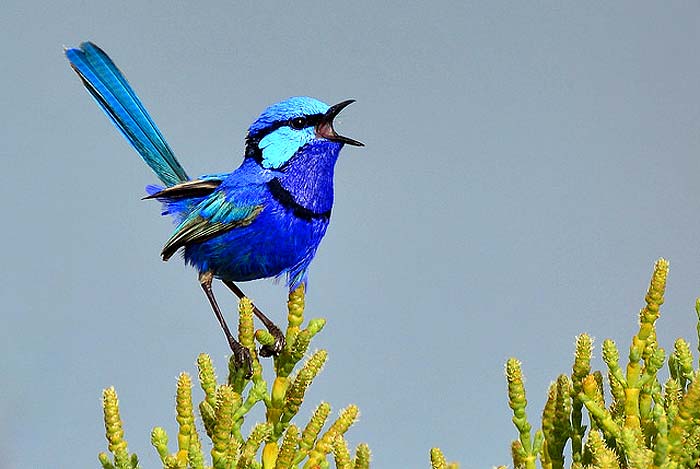 The Splendid Fairy Wren is known to inhabit in the semi-arid to arid woodlands and shrublands of Australia. 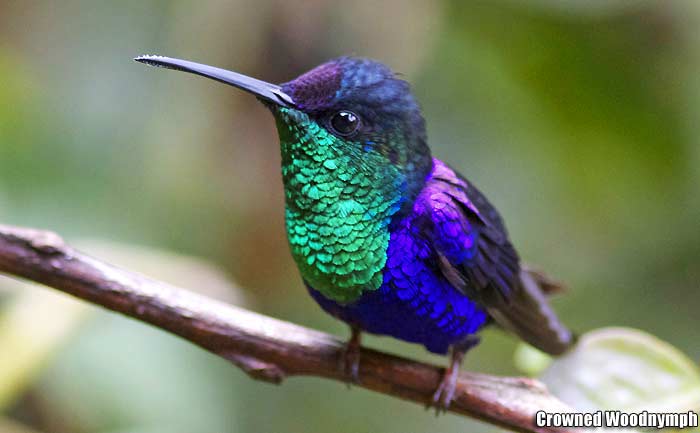 The genus Thalurania, which includes hummingbirds, includes the Crowned wood nymphs. Hummingbirds of this sort are found from Eastern Panama to Southern Ecuador. 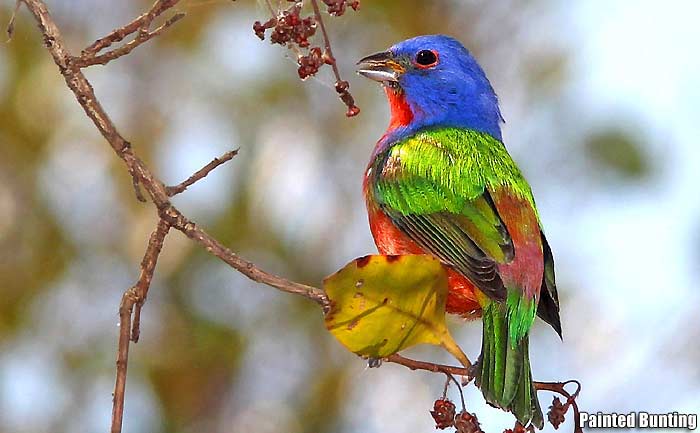 The Cardinalidae family of birds is native to North America and includes the Painted Bunting bird. 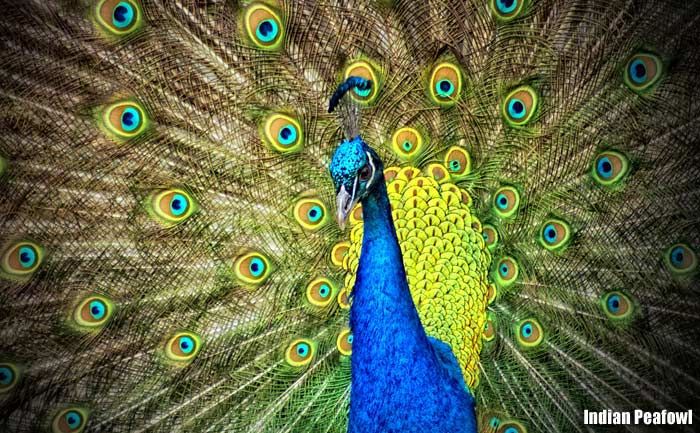 As its name implies, the Indian peafowl can be found in India, Sri Lanka, in other countries of South Asia. 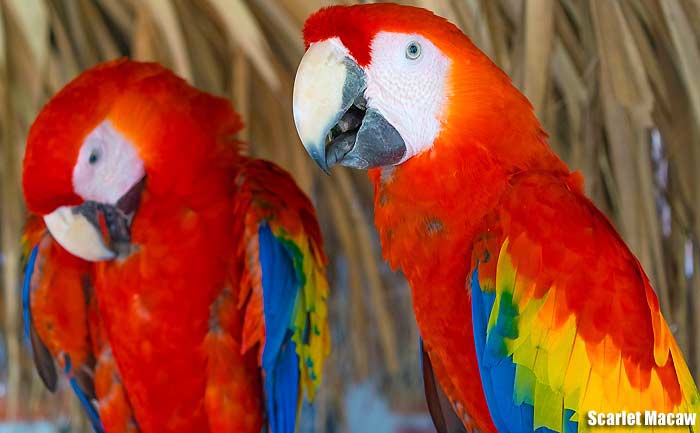 The world’s largest species of colorful parrots, Macaws, are regarded. In the rainforests of Mexico, Central and Southern America, for example, scarlet macaws are widely distributed. 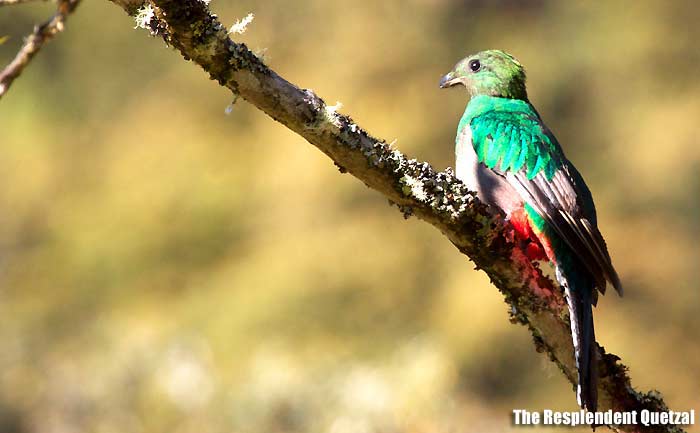 This bird is found in Central America’s mountainous regions and is a member of the Trogan bird family. 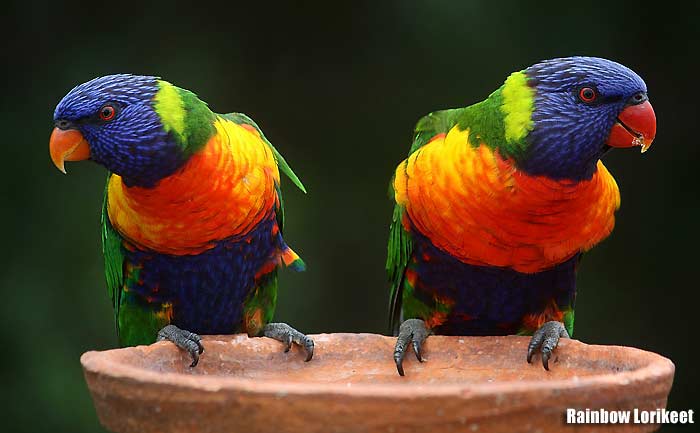 Due to its feathers, which are green, blue, orange, and yellow in color, this bird is often seen in flocks. 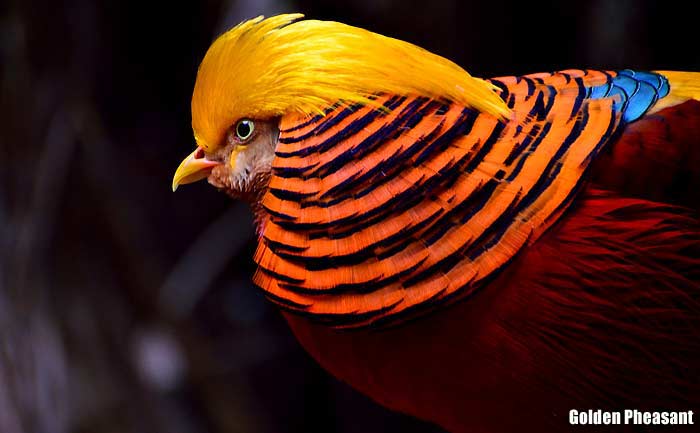 The Golden Pheasant, also known as the Chinese Pheasant, is a retiring bird that only comes out at night in the darkest forests. 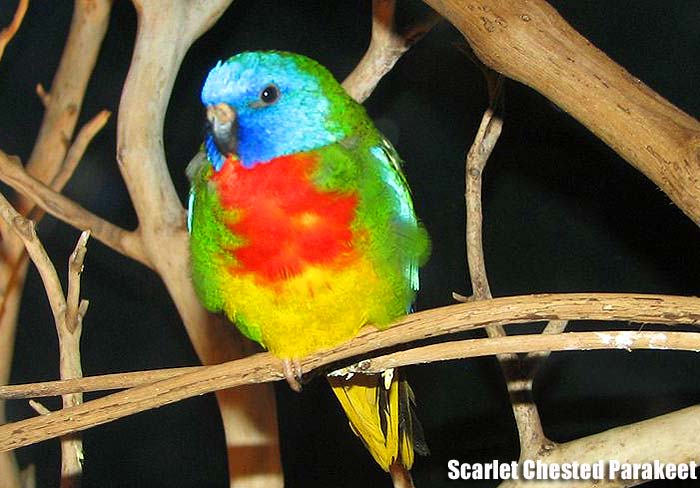 Our next colorful bird is the beautiful Scarlet-chested parrot (aka scarlet-breasted parrot). These colorful birds are endemic to Southern Central Australia and some parts of Southern Western Australia. 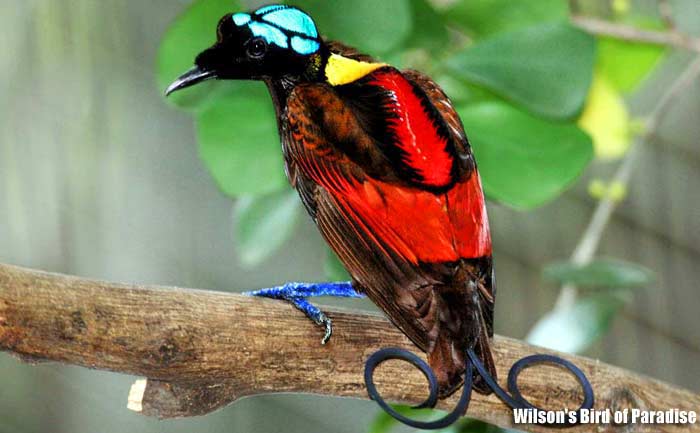 The Bird-of-Paradise, which should not be confused with the Plant of Paradise, is the last but by no means least of all. Papua New Guinea, Australia, and Eastern Indonesia are home to the majority of Bird-of-Paradise birds.

While these colorful birds are truly magnificent, several of them are even endangered in their native regions. They have become a target for many hunters in the forest because of their beautiful and distinctive plumage. The loss of habitats and the environment in general pose a serious threat to these birds.