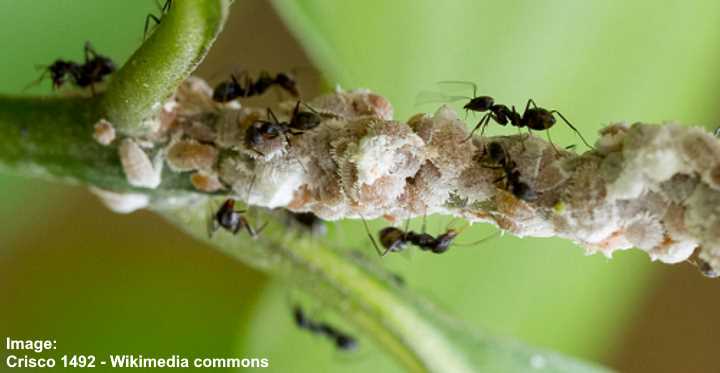 Mealybugs, sap-sucking scale insects, may harm your houseplants and outdoor plants if they are not treated. Mealybugs are tiny white insects that can be seen on plant leaves and stems, or they might appear as white fuzzy stuff.

Other kinds of scale bugs are related to mealybugs. The little white insects gain a fuzzy look due to the development of a powdery, waxy coating. Mealybugs are tiny, 2 mm-long crawling creatures.

The cotton-like substance left on plant leaves and stems by mealybug houseplants can be used to identify an infestation. Plant-killing bugs secreting a sweet, sticky honeydew are other indicators of mealybug damage. If you have mealybugs on plants, you might also see black sooty mold fungus.

This is a thorough mealybug eradication guide for gardeners. You’ll learn about mealybug life cycles and ways to rid your plants of these tiny critters that are natural. 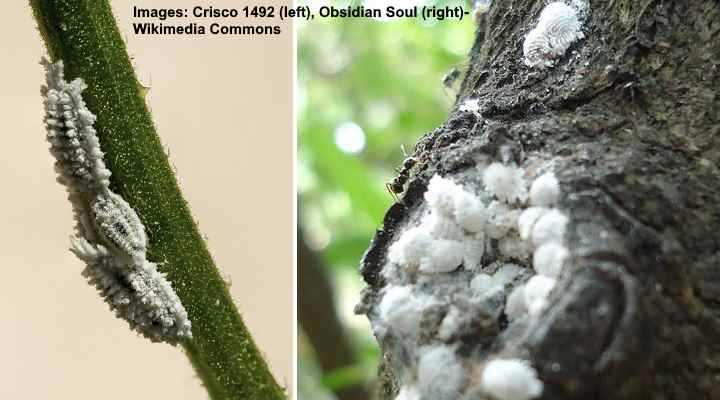 Little oval white bugs that resemble mealybugs Scale insects may be seen on plant leaves and stems, similar to white hairy bugs. Mealybugs are tiny, fuzzy white insects that crawl on plant leaves and stems. Mealybugs have a tan or cream color before they reach maturity. They’re commonly mistaken with white plant fungus. Tiny white creatures with a soft, oval body will be visible up close.

Mealybugs have a tiny, segmented body covered in wax, according to the University of California. The bugs acquires a hairy look when their waxy look turns powdery. Plants appear to have cotton wool stuck to them as a result of this fuzzy residue left behind.

Microscopic spines protruding from the oval bodies of mealybugs are visible in close-up photographs. Mealybugs with long filaments at the rear have been given the appearance of having long tails by some species. Thus, they can appear to be clumps of white fuzz, mealybugs feed in colonies.

The life cycle of mealybugs starts with an egg, which transforms into a nymph who molts multiple times before reaching adulthood. The mealybug life cycle takes roughly seven to ten weeks. In a 20-day period, female mealybugs may lay between 100 and 200 eggs. The cottony, mealybug eggs attach to leaves, tree trunks, and limbs. Nymphs emerge from eggs between seven and fourteen days, depending on the temperature. Before becoming adults, nymphs shed their skins many times.

The yellowish nymphs emerge from their eggs and begin attacking plants. The tiny insects move about the plant, leaving behind a waxy coating. They bite into plant tissue to drink sap as they develop. Honeydew that is sticky can also attract additional plant pests.

The eggs and nymphs of mealybugs are so tiny that it’s hard to identify them on houseplants. Lurking in leaves between fruit, at stem junctures, or near the soil is another favorite activity. Early on, mealybugs may escape detection. Clumps of white hairy stuff suddenly appear on plant leaves and stems, followed by a lot of other white hairy stuff.

Where do Mealybugs Come From? 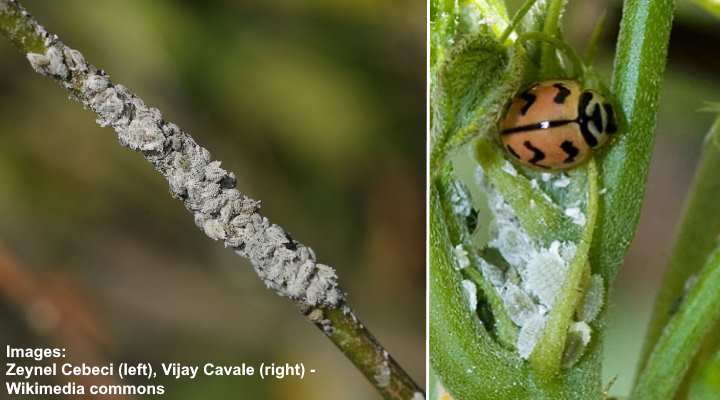 Outdoors, contaminated soil, new houseplants, or fresh fruits and vegetables can all result in mealybugs. Contaminated potting soil and exposing houseplants outdoors in the summer are additional sources of mealybugs. Fresh produce from the supermarket can also cause mealybugs.

By lurking in the crevices of succulents, cactus, and other tropical houseplants, mealybugs are often brought into your home. Once they spread to other plants, they may go unnoticed, leaving your home covered in sticky white fuzz once they make it inside.

Mealybugs may attack roots in the soil of some plants. The only way to confirm mealybugs in these circumstances is through plant symptoms like yellowing leaves and wilting development. You’ll need to replace the entire soil to get rid of soil mealybugs. Sterilize the container before planting the houseplant in new, sterile soil.

How to Identify Mealybugs on Houseplants and Outdoor Plants 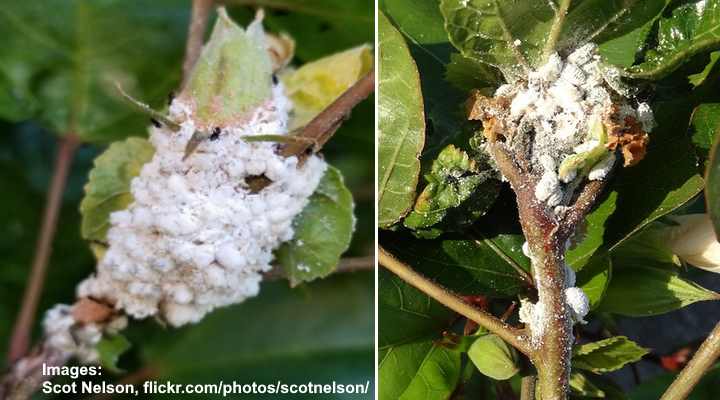 The fuzzy white appearance of mealybugs on the leaves or stems makes them easy to spot. The clumps of hairy cotton wool-like fuzz on your plant, either colonies of insects or egg sacs, are used to identify mealybugs. Mealybugs are tiny, oval-shaped insects that are difficult to see.

Unfortunately, the infestation has already progressed by the time you identify mealybugs as white fuzzy cotton. Little white bugs that scurry about in the dark on your plant are looking for. Mealybugs, for example, are common on succulents and can be found hiding in the tiny gaps between fleshy rosette leaves.

The damage caused by mealybugs to plant foliage can also be used to identify them. They have various effects on plant growth, aside from leaving behind their telltale cottony residue. Black sooty mold development is aided by a sticky honeydew secretion, for example. Mealybugs can be identified by their black patches on plants with stunted growth.

The ability to identify mealybugs correctly is critical to eliminating them. Some other types of plant pests cause similar damage to the plants as mealybugs do. Honeydew, for example, is left by whiteflies, which causes black soot mold. To confirm the presence of mealybugs, look for tiny oval white bugs with tiny spines to identify them. 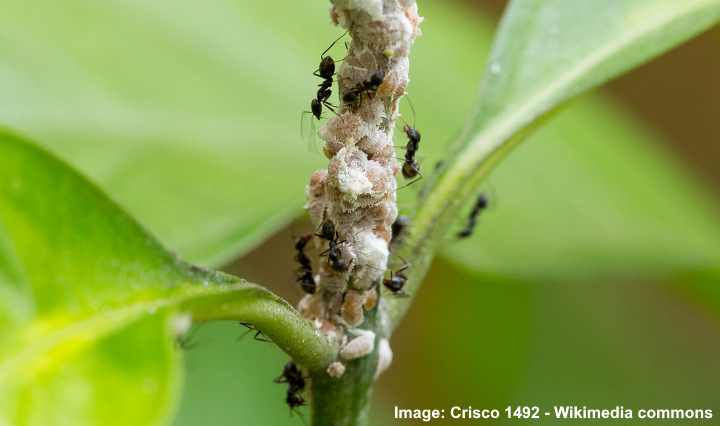 When they feed on the plant’s sap, mealybug infestation may harm plant development. These little fuzzy white bugs harm plants in a variety of ways, including stunted growth, yellowing leaves, and leaf drop. The plant damage may be severe enough to kill the houseplant if you don’t eliminate mealybugs fast.

Mealybugs feed on the plant’s sap, which causes the majority of their damage. Plants will eventually be drained of their vitality due to a severe bug outbreak. Fortunately, you may preserve your plant and limit the harm by acting swiftly to eliminate mealybugs. When mealybugs infest a plant, here are some additional symptoms of damage:

How to Get Rid of Mealybugs on Plants

To avoid spreading to other plants, the first step in getting rid of mealybugs on plants is to isolate the plant. Spraying or washing natural mealybug killer products should be used to exterminate the little white bugs in the second step. When you notice a mealybug infestation, it’s important to eliminate them right away. Even if you only have a few mealybugs, they’ll eventually overrun your plant, causing it to stress out.

Chemical pesticides should be avoided when trying to kill mealybugs. The nasty insects may acquire resistance to chemicals, in addition to being harmful to people and pets. This makes it considerably more difficult to eliminate plant pests. What are the finest ways to get rid of natural mealybugs for good?

Isolate sick plants from other houseplants to eliminate mealybugs for the first time. Bugs cannot spread to other plants if they are isolated. Inspect the plant’s exterior parts, including at leaf joints, beneath leaves, and in the upper layer of soil around the stem. Next, around the pot’s rim and base, check for leaks.

Mealybugs may be removed from infested plants in the bathtub by washing them off under the shower. The majority of the little white plant bug should be dislodged by using enough water pressure. Any unsightly cottony residue on the leaves can be washed away with water.

You may spray the garden hose on the plants if you have a mealybug infestation outdoors. As many mealybugs as feasible may be removed from your plant with a powerful stream of water.

Many houseplant pests, including mealybugs, are killed by isopropyl alcohol on contact. Use a cotton swab dipped in 70% rubbing alcohol to treat mealybugs on plants. Treatments should be applied immediately. You may also use a spray bottle to apply a 1 cup alcohol solution with 1 quart (1 l) of water to the infested plant. You can repeat the spray treatment every week until all of the mealybugs are gone if it doesn’t harm your plant. The mealybugs’ protective coating and eggs are dissolved by the alcohol, which kills them.

It may be a good idea to repot your plant in fresh, sterile soil since mealybugs can reside in the soil. Before adding a new potting mix, you can also use alcohol to clean the inside of the pot. This makes sure that any evidence of these nasty little insects is gone for good.

Use Liquid Soap Spray to Get Rid of Mealybugs on Plants

Mealybugs may be killed by soapy spray. Add a teaspoon of liquid soap like Castile soap or other liquid dish soap to a spray bottle filled with 1 quart (1 l) of lukewarm water. Spray the bug spray on the plant until it is thoroughly shaken. To avoid soap injuring the plant, wash it with a wet cloth for an hour or two after it has been washed. Spray your plant until it is pest-free as often as required.

Soap spray works well since it coats mealybugs with a soapy liquid that aids in the breakdown of the wax. Kids and pets are not at risk from using organic soaps to get rid of bugs.

Neem oil Spray to Get Rid of Mealybugs on Houseplants

Mix two teaspoons of organic neem oil and one teaspoon Castile soap with 1 quart (1 l) of lukewarm water to make a neem oil spray for mealybugs on houseplants. Spray your plant liberally with the anti-mealybug solution from a spray bottle, then shake well to mix. Killing mealybugs and other indoor plant pests with neem oil spray is an excellent natural pesticide. Mealybugs may also be prevented with neem oil.

It’s important to remember that neem oil takes time to work when used as a homemade pesticide spray. To be effective, spray your succulents, cacti, and tropical houseplants with neem oil on a regular basis. You may soon get rid of these bothersome fuzzy bugs with a bit of patience.

The use of neem oil solutions to treat mealybugs has also been scientifically proven. Neem oil, according to the researchers, can instantly kill mealybugs. In addition, neem oil has a residual effect that helps to fight mealybug populations. Mealybugs in the nymph stage are especially susceptible to neem oil.

How to Prevent Mealybugs on Houseplants 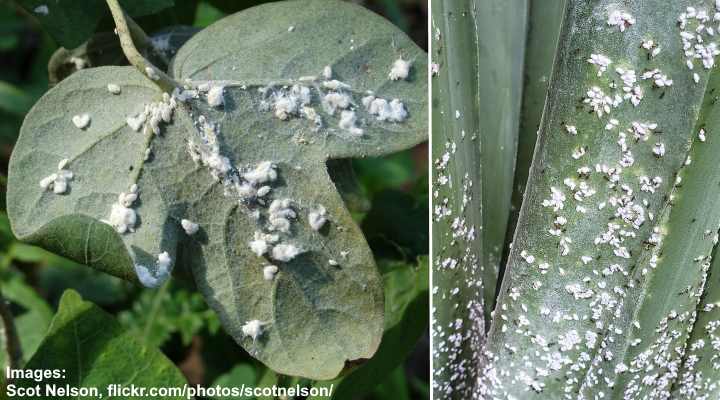 Before bringing any new plants into your home, make sure to check them out and isolate any that might be infected. Creating a suitable environment for plants to thrive is another way to prevent mealybugs. It’s also a good idea to clean the little white bug off of leaves on a regular basis with a damp cloth.

Don’t apply too much fertilizer to plants in order to limit the fuzzy white bugs from reproducing. Plants that feed them should supply them with just enough nutrients to thrive. Mealybugs, on the other hand, thrive in rich nitrogen soil and reproduce quickly when there is too much of it.

You should routinely inspect new houseplants for indications of pests, according to a common practice. Succulent leaves, houseplant joints, and even the soil may all be hiding places for mealybugs. Look for little white creatures that resemble rice grains. Unwanted insects may be hiding in the leaves or planting mix of plants purchased at reputable stores. To ensure that there are no signs of insect infestations, you should quarantine new houseplants for a couple weeks.

You may need to swap the potting soil if you have persistent mealybug issues. The absence of mealybugs can be ensured by using fresh, sterile potting soil. Rather than just the top one or two inches of soil, it’s best to completely change it.

Carefully remove the root ball and shake the soil into a garbage bag before repotting an infested plant. To make sure there are no root mealybugs, rinse the roots with water. Wash the container thoroughly with warm soapy water. Fill your plant with a suitable fresh potting soil. Instead of putting contaminated soil in the compost bin, throw it away in the trash can.

Using soil from your own garden is not recommended. Contaminated soil may bring mealymugs and other insects into the home. Parasites found in yard soil may be harmful to houseplants of various sorts.