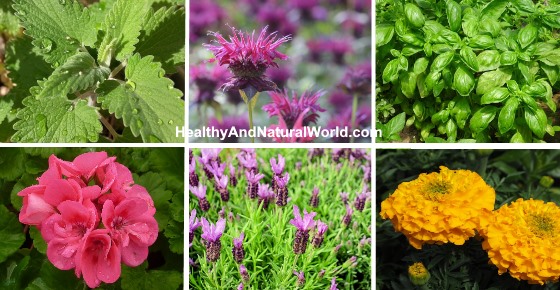 In some countries, mosquitoes are just annoying insects that bother people trying to enjoy a barbecue in the evening, but in other countries, they pose a serious health threat to the lives of millions. Obviously, the best way to protect yourself is to avoid getting bitten in the first place and you can do this is by using a natural mosquito repellent or by growing plants that repel mosquitoes.

Insect repellents produce scents that are stronger than ours, making it more difficult for mosquitoes to locate us. I’ll be discussing plants that repel mosquitoes effectively and naturally in this article.

The Best Plants to Keep Mosquitoes Away (With Pictures) – Identification Guide 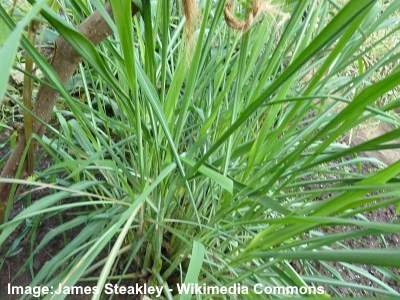 One of the most popular plants that repell mosquitos is the citronella plant (also known as mosquito plant). Citronella is one of the ingredients in any mosquito repellent candle, so if you look at what is in it, you’ll probably find it. The citronella plant, which has a lemon odor, is simple to cultivate in any garden or plant pot and may be found under the name citronella.

The citronella plant thrives in sunny areas and is a perennial ‘clumping’ grass that can grow to around 5 or 6 feet (2 meters) tall. You should plant it in pots and bring them indoors during the winter months if you live in an area with cold winters since it doesn’t tolerate frost.

You should purchase the Cybopogon nardus or Citronella winterianus variety of citronella plants because they have the greatest mosquito repellant properties if you want to acquire them. When applied topically, citronella essential oil offers very powerful mosquito and insect protection, and it is one of the most effective natural ways to repel mosquitoes.

It’s worth noting that citronella oil evaporates quite quickly on its own. When citronella was combined with vanillin, however, it improved the mosquito-repelling efficacy up to 8 hours, according to a study published in the Journal of Vector Ecology. This implies that DEET, the most typical chemical compound utilized in insect repellents, is as effective as an insect repellent. Citronella’s insect-repellent properties lasted for up to 30 days when it was combined with gelatin-arabic gum microcapsules, according to another investigation.

As a result, citronella is one of the most effective natural plants for repelling insects, as proven by scientific studies. Moreover, unlike chemical-based repellents, citronella can be used to effectively repel mosquitoes without posing any side effects. Here are some tips on how to utilize your citronella plant to repel mosquitoes:

You can soften a few citronella leaves Rub all exposed parts of the body with your hands to keep mosquitoes at bay. 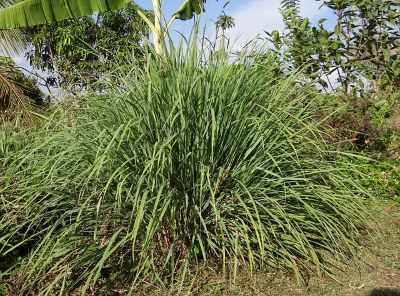 Lemongrass is a clumping herb that grows to be 3-6 feet (1.2 meters) tall and has a strong lemony odor. It works as an effective mosquito repellent because lemongrass contains citronella oil. Mosquitoes will be repelled by its powerful lemon smell. 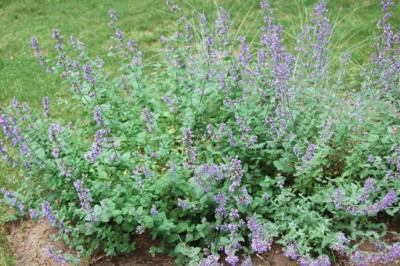 Oil from nepeta faassenii, a catmint species, is insect repellent, according to several studies. According to a study published in the journal Parasitology Research, catmint has properties that may be used as an environmentally friendly mosquito repellent. 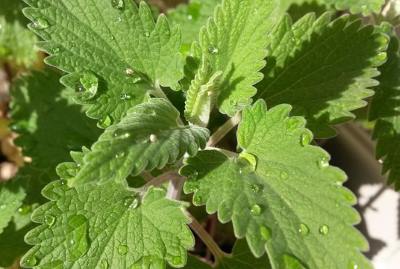 Catnip is commonly regarded as a plant that causes cats to go insane, since it is closely related to catmint. Both catnip and catmint are easy to grow, but they have a tendency to overrun a garden. Catnip is also a effective mosquito repellent, which many people are unaware of.

Catnip has also been shown to repel insects, according to research. Catnip essential oil was shown to be 10 times more effective than DEET as an insect repellent in studies conducted by Iowa State University, for example4. You may want to consider growing additional plants in your garden if you have cats. 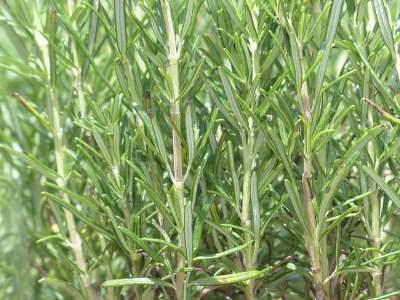 Rosemary is a lovely plant with several food applications. It is a very popular herb. It thrives both outside and indoors. Rosemary (together with mosquitoes, other insects, and other bugs) is one of the best plants for repelling them.

It’s also a plant that wasps avoid. Therefore, you may grow a pot of rosemary on a windowsill or beside a door to get the most from it, as well as help keep flies at bay. 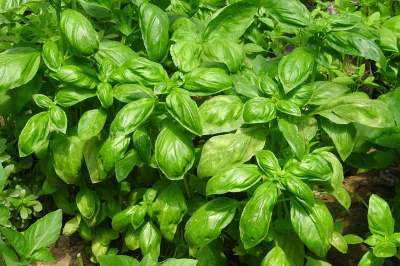 Basil has similar benefits as rosemary in the kitchen and as a mosquito repellent if it is grown. Scientific investigation backs this up as well. Oils from turmeric and hairy basil, for example, were shown to repel three species of mosquitoes in cage tests for up to 8 hours2, according to one study.

You can use basil for mosquito bites (as I mentioned in my article about the top 15 natural ways to relieve mosquito bites) because it not only repels mosquitoes, but also has anti-inflammatory properties. You can either crush the basil with a pestle and mortar or rub the leaves between your fingers and apply to the affected area. 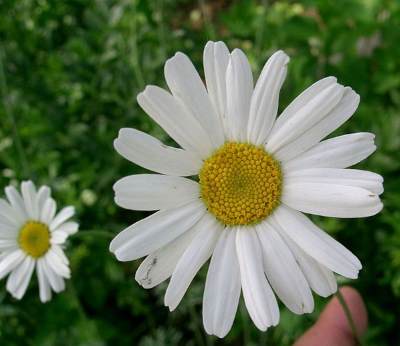 Mosquitoes, as well as a variety of other insects and bugs, such as aphids, leafhoppers, spider mites, harlequin bugs, and ticks are repelled by this plant. The dried flower heads of Chrysanthemum cinerariifolium and Chrysanthemum coccineum are used to make natural insecticide known as pyrethrum.

The six esters known as pyretrins, which are active chemicals found in the Pyrethrum flowerheads inside the flower sections known as achenes, kill insects by attacking them through the six esters. 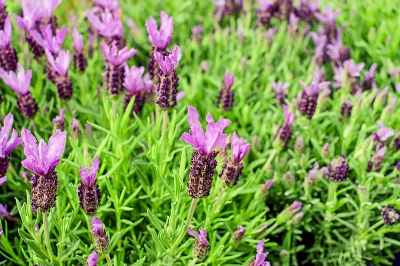 Lavender has a variety of uses due to its calming qualities and lovely fragrance. In addition, lavender is a effective mosquito repellant. According to certain studies, combining lavender essential oil with other natural oils is especially beneficial. 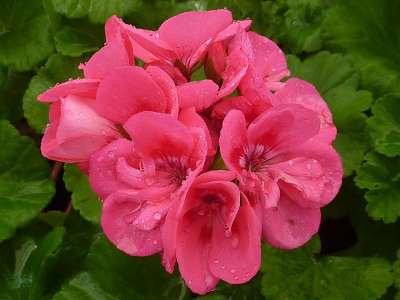 Geraniums are easy to grow both indoors and out and are well-known for their stunning, vibrant colors. Mosquitoes and other insects are repelled by their smell as well. In reality, it was found to be an effective mosquito repellent when combined with lavender and lemon eucalyptus oils in laboratory tests on geraniums. 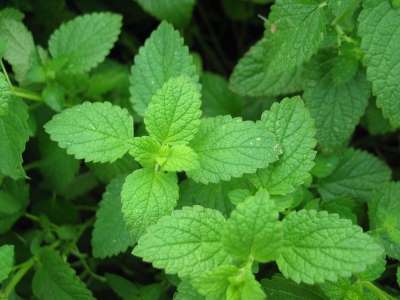 Mosquito repellent plants include peppermint. Because most insects dislike the strong odor and flavor of it, it is a suitable all-around insect repellent. Peppermint oil has been found to be effective against malaria-carrying mosquitoes and to kill their larvae, according to one research.

Essential oils from the mint family have proven repellent properties and are utilized all over the globe as insect repellents, according to other study into natural mosquito repellents. Peppermint leaves may also help if you massage them on the afflicted region if you have insect bites. 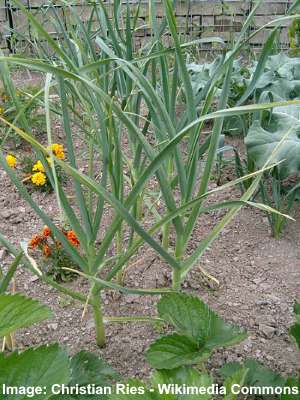 Of course, garlic is well-known for its health properties and strong scent that we emit after consuming it. Finally, it’s likely to repel more people than insects if we eat too much garlic! Fortunately, the insect-repelling properties of garlic are enjoyed without having to eat it.

Nevertheless, few of us would prefer to do that, particularly when there are far better and more pleasant smelling natural alternatives like citronella. The smell of garlic repels insects and mosquitoes, making it a useful tool in keeping them at bay. 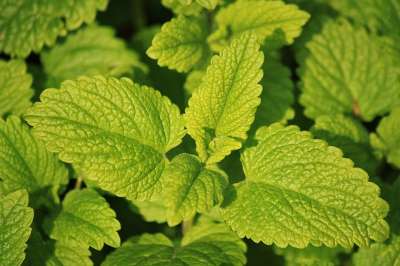 It thrives in all circumstances and is a member of the mint family. Mint family essential oils have insect-repellent properties, as previously mentioned with peppermint oil. Lemon balm may also be used to make a fragrant herbal tea as a bonus. 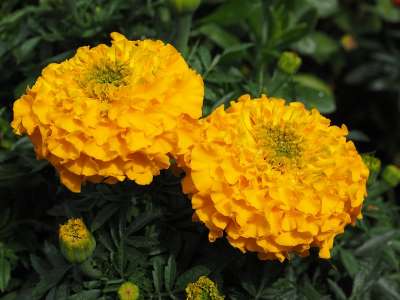 Did you know that marigolds are also a natural mosquito repellent? They’re not often considered to be more beneficial than adding a splash of color to a yard. Marigold plants have a strong smell and produce yellow or orange blooms. Alpha-terthienyl, a substance produced by marigold, is found to repel insects. Mosquitoes were also repelled using marigold essential oil. 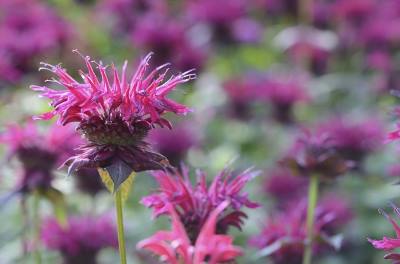 It has a strong scent that acts as a natural mosquito repellent, and it’s also known as Beebalm. It’s simple to cultivate in pots and it grows quickly. It can also repel insects from entering your home when placed near entrances or windows.